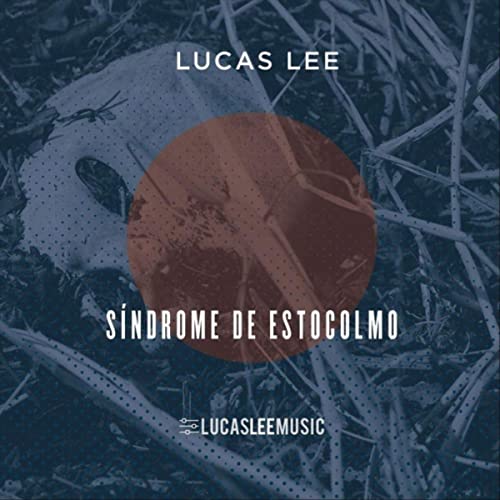 Lucas Lee is a Canadian-born composer, arranger, producer, engineer and multi-instrumentalist, now based in Washington state. Precious little was received with this disc in the way of background information, though on Lee’s Bandcamp page the following statement seems an ample explanation: “Síndrome de Estocolmo documents a series of events leading up to widespread draconian incarcerations by a state, and explores the theme of whether detainees would ever develop Stockholm Syndrome — an irrational compassion that victims form towards the captor.” The eight tracks on the album are primarily instrumental (voice-over actor Jordan Reynolds has a cameo on the track “Dangerous Game of Escalations”), and the music could best be described as avant-garde rock, complex and polyrythmic, perhaps somewhere between the most difficult elements of King Crimson and bands like Present, sped up to a breakneck pace, often seeming like the soundtrack to a runaway train that’s about to jump the tracks. Dense, often chaotic and unconventional, the album bristles with organic intensity, and the eight tracks herein are nothing if not explorative. With the exception of drummer extraordinaire Marco Minnemann, all of the instruments (guitars, bass, synthesizer, Rhodes, organ, Mellotron, and anything else) are played by Lee, who also composed, arranged, and produced the album in its entirety. Pat Mastelotto gets a credit for “cymbow” near the end of the final track. All of the cuts present a high-intensity instrumental showcase for amazingly complex and heavy rock that sounds right at home in the 21st Century, this is not some pastoral proggy thing that reflects on the past (although there are a few gentle acoustic sections — very few, here and there), and Lee has composed and arranged each piece so every moment counts, and Minnemann’s precise and complex drumming only adds to the overall excitement. Beginning to end, Síndrome de Estocolmo is a masterfully planned and executed musical statement.