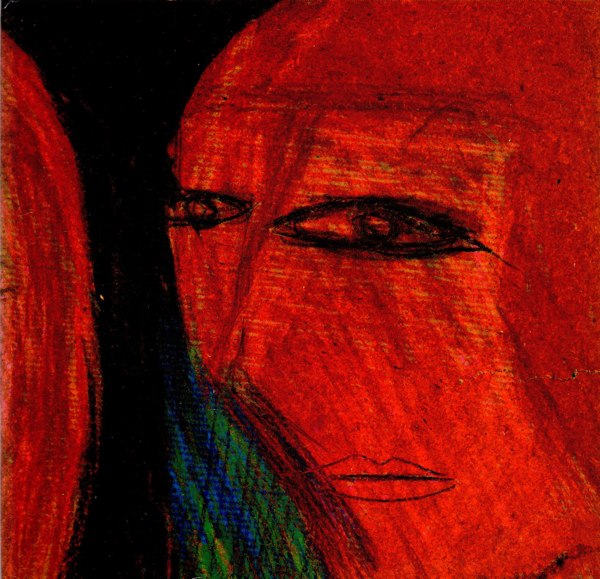 “Psychedelic rock group.” Those words can describe a lot of different bands: Strawberry Alarm Clock, Hawkwind, Amon Düül, Pink Floyd, Gong, Iron Butterfly, Ozric Tentacles. Even the Beatles. And while Japan’s LSD March has much in common, at least superficially, with many of those artists (they use guitars and drums, for example), the end result is generally pretty far from what you could really call “rock.” Of the bands I’m familiar with, their fellow countrymen Green Milk from the Planet Orange come closest to their wall-of-distortion drone-all-night sound. Disc one features one track almost 40 minutes in length, and it only develops a rudimentary beat about halfway through, about the time when the weird moaning vocals come in. It’s mostly a constantly shifting palette of distortion drenched in reverb, certainly nothing approaching riffhood. There is a vague tonal center, however. Disc two, while less noisy and distorted, is also further from rocking, with shorter pieces consisting of a variety of sounds made on toys and other unconventional “instruments.” Sometimes there is percussion to go along with the fiddly bits, like on the track that consists of awkward tuneless notes from a clarinet backed by sporadic maracas. The shocker is a track with a consistent drum pattern behind a bunch of freaked out noises. What were they thinking? Is “Free Bird” next? Not even close – it’s back to the fiddling and goofing around, with nary a riff in sight, even when the harmonica comes in.

Strawbs - Dancing to the Devil's Beat – I’m not sure what the dog licking a red popsicle on the cover represents, but this latest release by the full five- piece Strawbs celebrates 40 years since the release of the band’s debut...  (2010) » Read more