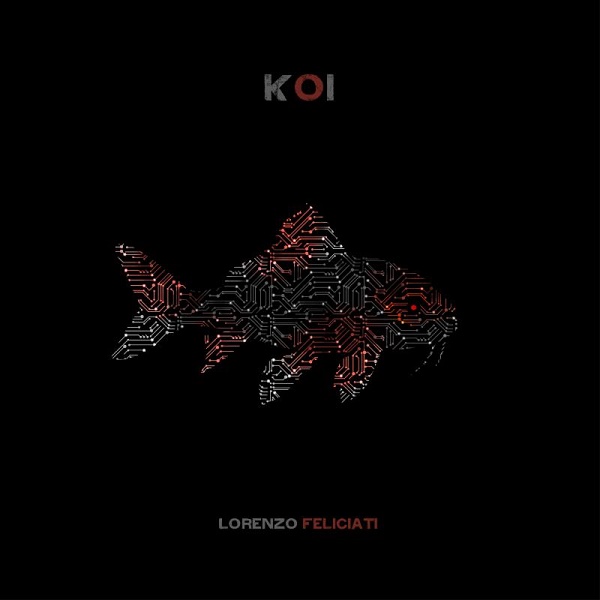 Back in the late 60s, when jazz and rock started cross-pollinating each other, several basic trends became apparent. One of them was the hyper-kinetic, super-precise fusion of any number of bands; another was the spacy, groove-oriented music exemplified by early Weather Report. Lorenzo Feliciati’s Koi might not sound especially like I Sing the Body Electric, there is a similar mood, with lots of space in the arrangements. This is crossed with a kind of electronica-noir that provides shots of noise and ambiance to the proceedings, and has elements in common with the Jansen / Barbieri / Karn axis of post-Japan instrumental music — heightened obviously by the participation of Steve Jansen providing the rhythmic backing on most tracks, but not completely due to that. The album’s seven main tracks are bridged by a number of short ambient interludes, making for a near-continuous suite of sound. Feliciati himself handles bass, guitar, and keyboards; the acoustic piano is ably contributed by Alessandro Gwis; Angelo Olivieri plays trumpet on most of the tracks, and there’s also a three-piece horn section from time to time. There are also guest appearances, most noticeably Pat Mastelotto on one track. Feliciati operates in the same general space as Spin Marvel, which I reviewed a few weeks ago — together these two releases represent a kind of hope for jazz, that’s it’s not completely ossified into something only suited for Lincoln Center and retro movie soundtracks.