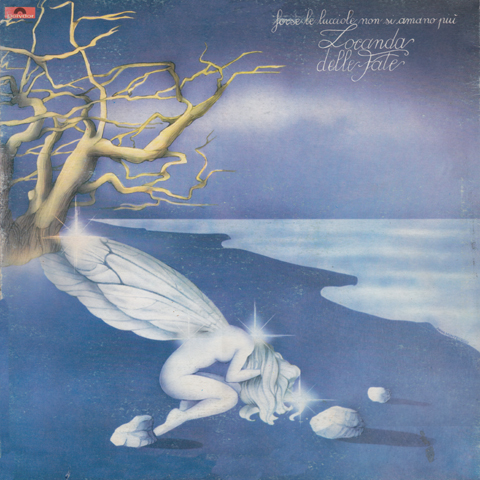 This is arguably the swansong of the Italian progressive rock movement from 1972-77 and I'm not sure it has been surpassed in any way since it was originally released. If the third Jumbo presented a progressive rock classic as a sort of heavy rock/avant-garde style, Locanda dell Fate's album was a progressive rock classic in its most symphonic and romantic form. The clear predecessor is the dual keyboards of Banco del Mutuo Soccorso (in fact I believe there's even a family tree connection between the two from the early days) and around the time of this album Locanda were a septet. From the cosmic, symphonic instrumental opener to the melancholy and powerful closing piece, this was as concise a final statement of the genre as Premiata Forneria Marconi's Storia di un Minuto and the first Banco del Mutuo Soccorso were the opening statements. The layering of keyboards, guitars and flutes allows much room for complexity in the songwriting and all the players really complement each other perfectly. And not only were they great in their heyday but I'd dare say their reunion material is as strong as any act out there and far more authentic than many others. They've shown with the pieces on The Missing Fireflies that Forse could have easily been a double album without compromising the quality in the least. This one's legendary in my book.