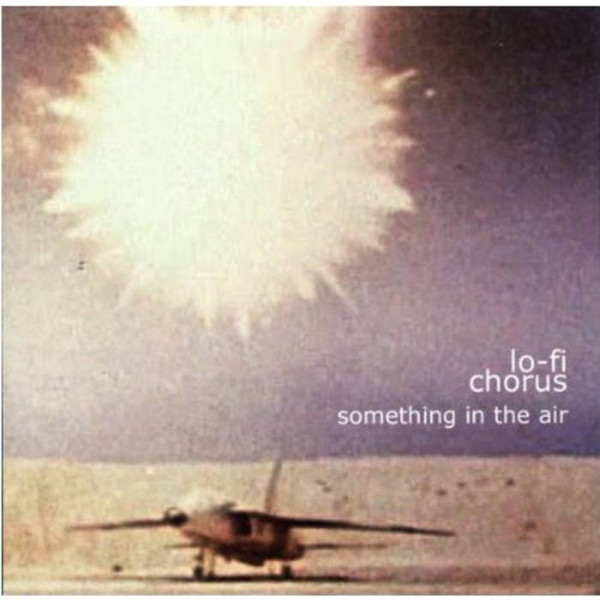 Lo-Fi Chorus is an indie band from Dallas, TX obviously influenced by Elvis Costello. Something in the Air is their second release and one they hope will bring their music to a wider audience. This CD contains 11 songs that fit well in the college radio format. I can definitely see where it would get airplay at the university, but it doesn't really belong in the prog rock, electronic, or experimental genres that occupy the pages of Exposé. Lo-Fi Chorus play pleasant folk-punk minimalist music (guitar, bass, keyboard, and percussion) but there is nothing edgy or adventurous happening here. I find the lead singer's vocals affected and nasal. For instance he sings "toyme" for "time," "noyne" for "nine," and "loyne" for "line," definitely not Texan nor any other dialect I've heard. On my first listen I thought that Something in the Air had some catchy songs, but on repeated listenings I found it all a bit boring and repetitive, though now some lyrics remain stuck in my head. Aargh! The oddest thing about this release is the cover art. It appears to be declassified military aircraft photos that don't have any apparent connection to the music, other than these are things in the air. Go figure. Anyhow, if you are into the whole indie college radio thing, Lo-Fi Chorus might just be a band for you to investigate.