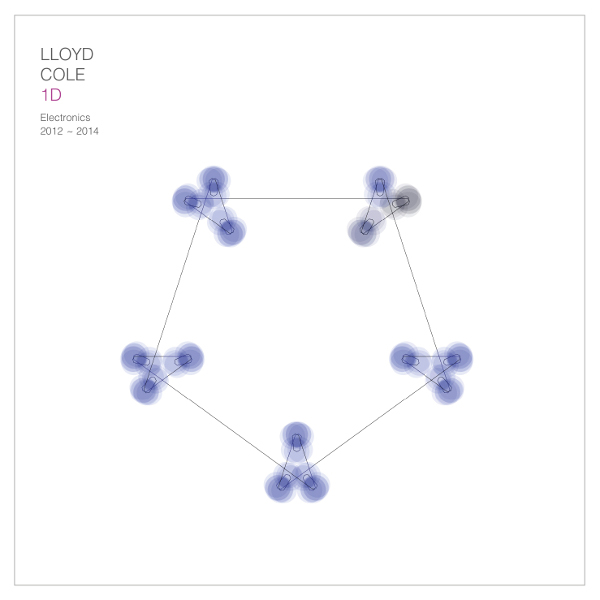 You may be familiar with pop rocker Lloyd Cole from his singer songwriter days with his band The Commotions in the late 80s. Absolutely none of that will prepare you for his new album of analog electronics, 1D Electronics 2012 – 2014. In 2011, Lloyd and Roedelius began work on a joint project. Lloyd felt that he needed new equipment, so he began constructing an analog rack synthesizer. He experimented, trading ideas with Roedelius, both submitting far too much material for an album. The best was Selected Studies Vol. 1 released in 2013 on Bureau B to positive critical review. So Bureau B asked Lloyd what he planned to do with all of the other material, encouraging him to release a solo album, which is 1D Electronics 2012 – 2014. Many of the pieces are not finished, as Lloyd expected other tracks to be overdubbed. The result is a collection of 11 electronic instrumental tracks that fall into two distinct groups. The first eight tracks are percussive analog patches layered over electronic rhythms. The only differences between the tracks are the note sequences. These tracks sound like the type of experimental noodling you do when you purchase a brand new synth and you are trying to explore/learn the instrument. While pleasant sounding, there are no harsh dissonant electronics present, these are minimalistic pieces that wear very thin after a few minutes. And there is a total of 23 minutes of this random experimentation before something of interest appears on the disc. The ninth track, “The Bund,” is basically interacting electronic drones, distorted noise, and undulating waves of electronics that slowly build over seven minutes, which is a bit too long. The next track, “Slight Orchestra,” is an ambient take on the same interactive process, demonstrating Roedelius’ influence, but at nine minutes it is still too long. The final piece, “Strands,” contains a set of bubbly interacting electronic strands. The sequence of the tracks demonstrates Lloyd’s maturation as an electronic musician, but he is still in his formative years. The music lacks a certain je ne sais quoi.