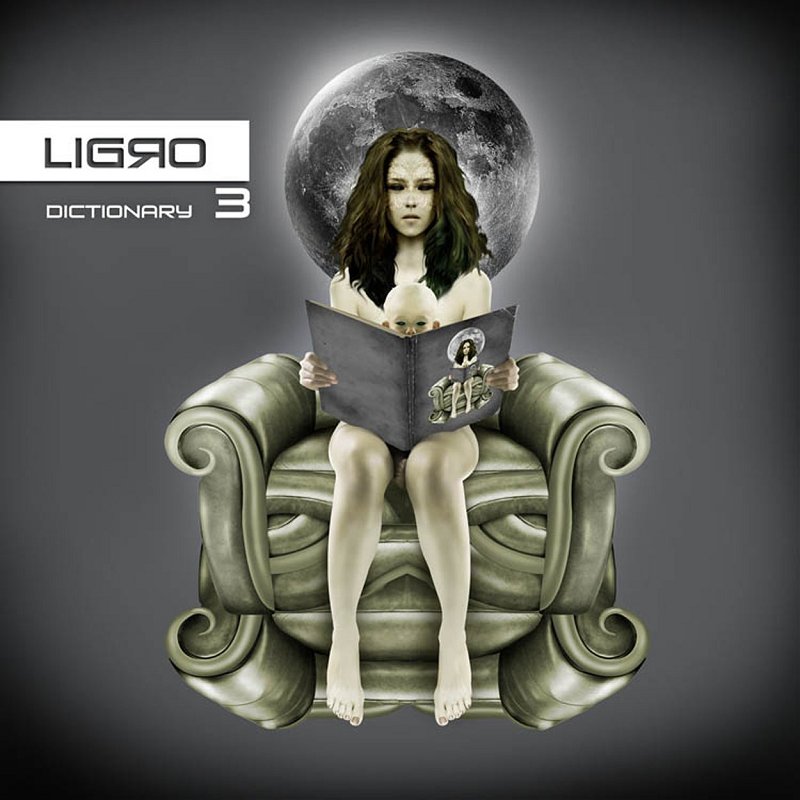 Ligro is back – huzzah! These three tremendously talented Indonesian musicians are almost single-handedly affirming instrumental jazz-rock as an indispensible art form. Sure, there are some reference points, namely guitarist Agam Hamzah’s nods to early Mahavishnu-era John McLaughlin and mid 70s Jeff Beck, but he uses these as a jumping off point. His vocabulary is astounding, encompassing frenzied atonal shredding, honey-sweet blues, Crimson-esque controlled ferocity, or good old jazz comping. But what perhaps most sets Hamzah (and the band as a whole) apart from his peers are the nods to traditional Indonesian music, best seen during the detuned meditations of “Pentagonal Krisis.” When the song starts to roll, Hamzah’s bandmates bassist Adi Darmawan and drummer Gusti Hendy prove themselves his equal. Darmawan – with his monk’s robes and shaved head – may look like a Buddhist man of peace, but his bass playing is a tour de force of chops and tasteful intensity. And Hendy is simply one of the finest young drummers alive today. His ability to simultaneously hold down a rhythmic center for the group while contributing an equal share of quality improvising is nothing short of astounding. And improvising is what this album is about. Each of the five tracks includes ample space for the trio to journey into uncharted realms of musical exploration, without ever losing their way or each other. The results are unpredictable, refreshing and wholly satisfying. What Ligro have now accomplished over three albums should firmly establish them at the forefront of modern fusion.

Sometimes bands have what it takes to keep things interesting when growing compositions out of improvisation, and sometimes they just don’t. Surely this Indonesian trio offers the creative mastery to make it work throughout this, their third album, and their second for Moonjune. The five long composed tracks essentially develop in a purely improvisational way, drawing elements of jazz, rock, and funk, wandering freely through purely instrumental landscapes, working their way up the walk with sure-footed brilliance and hitting some powerful peaks along the way, with careful attention to brilliant melodic finesse at every new turn. While guitarist Agam Hamzah may seem like the de-facto focal point on most of these five pieces (averaging around 12+ minutes each), it’s bassist Adi Darmawan and drummer Gusti Hendy that provide the structural foundation, growing the intensity and pulling back at will; the more one listens to the trio working together, the importance of the rhythm section to their free-flowing intensity becomes absolutely clear. The opening track “Bliker 4” also includes guest keyboardist Ade Irawan, who adds an additional dimension to their otherwise gritty sound with his flourishes of piano and organ sounds. The ambitious band composition “20th Century Collaseu” is partly based on Messiaen’s “Quartet for the End of Time” and Anton Webern’s “Opus 28,” building up very gently, then suddenly exploding into a flaming inferno of chops for the remainder of its near-twelve minute duration. Each time one listens to this disc, some new revelations are in store. In short, there’s a lot here to get excited about.