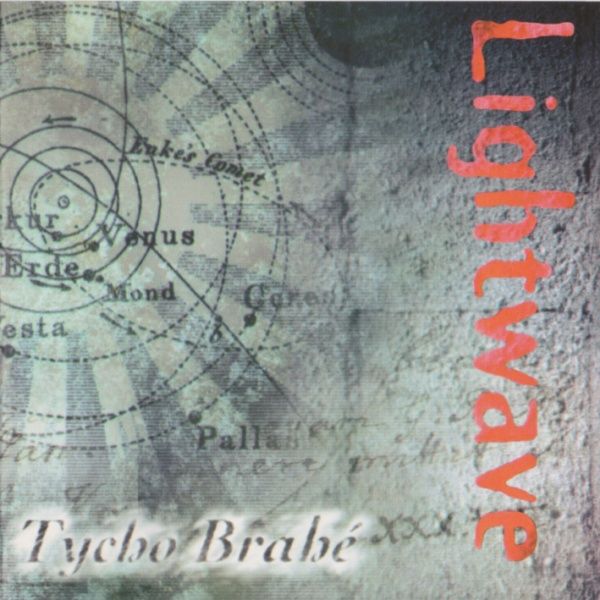 The duo of Christoph Harbonnier and Christian Wittman, otherwise known as Lightwave, have been active since the mid-80s. Composing electronic and synthesized music along the lines of early Tangerine Dream, they have released a series of cassettes. This, their second CD, features Paul Haslinger of Tangerine Dream helping out on synths. To my ears, Phaedra and Rubycon are the most essential TDream releases, and Lightwave's 1990 effort, Nachtmusik, took this style into the 90s. A dense, dark, churning mass of soundscapes, it evokes a nightmarish, haunted-house atmosphere. Tycho Brahé begins with a 17 minute cut "Uraniborg," which, while not as dark, contains the same musical aesthetic as Nachtmusik. The lush, multi-tracked synths weave intricate passages that can captivate anyone patient enough to listen closely. However, the remaining nine tracks are all in the four to five minute range. While it is becoming cliché to regard the longest track of an album as the most interesting, this stereotype certainly applies to Tycho Brahé. The shorter pieces are lacking the development and depth of Lightwave's extended-length work. Just when these tracks seem about to take off, they are over. They are simpler in composition as well, more suited to background music than something to study in detail. Overall, this is a good disc and comes with my recommendation, but in my opinion, does not live up to Nachtmusik.