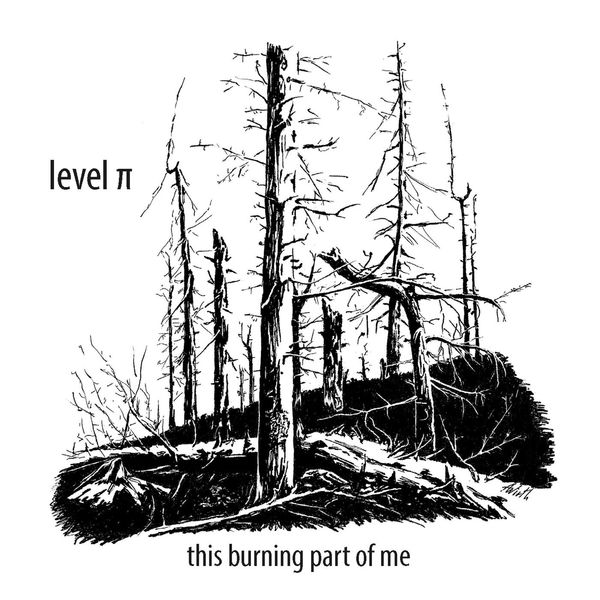 The latest Level π (aka Uwe Cremer) release is somewhat of a departure from Uwe’s previous work. Uwe has gone back to his roots and drawn inspiration from the likes of Bauhaus, Sisters of Mercy, and Fields of the Nephilim along with Krautrock to compose the seven tracks on this new album. In addition, for the first time on a Level π release, Uwe includes three songs with lyrics and vocals by his friend Timothy Smith. The disc opens with “Silentium,” whispered voices and odd street noises accompanying an orchestral intro that develops into an amorphous sound painting. This leads to the first song, “Limit to Your Love,” with a motorik beat, rapid-fire vocals, and great psych-Krautrock guitar work. The third track, “Abendhimmel,” is outstanding. This is what could have resulted if Harmonia had chosen to cover Joy Division. Next is the song “Mine,” where Timothy starts extending his vocals to include harmonies along with piano, drones, bass, and Mellotron choir. The fifth track, “Voices in My Head,” is another notable instrumental. It opens with white noise, drums, and bass moving again into Joy Division territory, but then midway there is some exceptional violin soloing. For the life of me I cannot determine if this is live playing or samples, it is that good! The third song is “Two,” that starts out with a piano and acoustic guitar chord strumming, then grows to include organ and a brilliant electric guitar solo to accompany Timothy's vocals. The disc closes with an instrumental reprise of “Mine.” Quite an excellent addition to Uwe’s growing catalog of music.