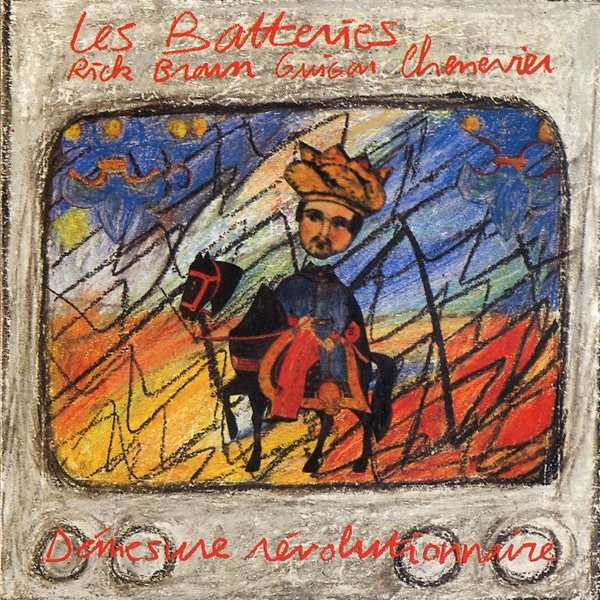 "Les Batteries." That means "The Drums" in French, as in the drums of the French revolution. That should give one a good idea as to what this French duo is all about, and despite the fact that saxes, clarinet and even keyboards and accordion are mentioned in the credits, one might easily overlook their only-occasional presence. Indeed, the drums of Rick Brown and Guigou Chenevier – the latter formerly of Etron Fou Leloublan (and even more recently of Volapuk) – tend to overpower everything else. The vocals – which are essentially spoken or theatrical narration, are centered around the story of the French revolution, delivered in the French language. So what does this sound like? That's the ten-million dollar question indeed. Two drummers and narration make for a pretty unusual lineup, but both of these guys are outstanding percussionists who definitely have the chops to pull this coup off. The results are striking (pun not intended), interesting, and unclassifiable, but probably not for everyone.