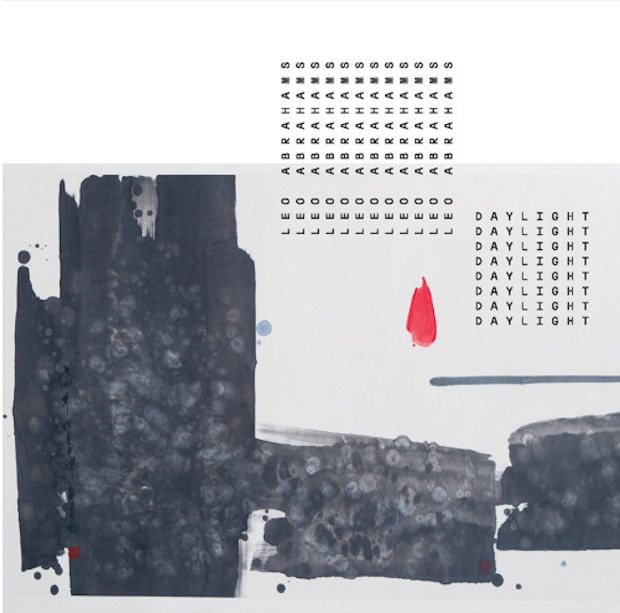 I did not know what to expect from this new album by producer and guitarist Leo Abrahams. Over the years he has worked with artists such as Brian Eno, Pulp, Roxy Music, and Anthony and the Johnsons. On his previous solo albums, he explored folk, art rock, ambient electronica, and songs. So I approached Daylight with an open mind. On Daylight Abrahams takes his music in a completely new direction. While not exactly an academic approach to music and songwriting, Daylight consists of 11 experiments in song deconstruction. Leo deliberately introduced elements of chaos into several of his tracks, as well as noise, cutting things up, and reassembling them. In some sense it is akin to viewing a landscape through a venetian blind. You gain an idea of the whole but there are interfering factors. Vocoded vocals drift in and out of the electronic rhythms along with Leo’s guitar. Just when you think you have figured things out he blindsides you with a new element. I am not at all sure where he is going with this album. Is he indulging himself? Is this purely an introspective effort? And after its 45 minutes I am left puzzled. The sole aspect uniting the songs is the electronic rhythm. I only found one track worthy of my attention, “Chain.” “Chain” is the closest to what we normally think of as a song and it features Brian Eno on vocals. The adventurous listener may find something of note here, but the album failed to engage me.

Much of the music that appears on the pop charts these days should probably be credited to the producer(s) rather than the singer whose picture is on the cover. The sounds heard are assembled on hard drives, copied and pasted, processed, filtered, and manipulated in ways that were never possible in the days of bands gathering in a studio and banging out tunes live. Like any technological development, this can be good or bad, and the dividing line is highly subjective. Leo Abrahams is an artist who has taken hold of the reins of the process for his own ends, with Daylight applying the technology to his own music, which serves to blur the lines between performance and production. There are live drums, and Abrahams himself plays guitar, but the parts are often mangled in ways that couldn’t possibly be performed on stage by a live band. But in this case, I’m willing to accept the artificiality as art – I find the result sonically fascinating. Sonically, it’s not too foreign from Brian Eno’s later song-oriented albums, some of which Abrahams was involved with, though somewhat more processed. In some cases, the vocals, which are processed and vocoded (or whatever), seem to function more as additional instruments than as means of conveying lyrics. For me, the bottom line is that the melodies are good, and all the production tricks work as ear-candy in a fluffy way. There’s nothing difficult or dissonant, no jarring odd meters, though there are times when the choppy editing results in a rhythm of its own. While Daylight may be a bit too pop-oriented for some listeners, or too ADHD for lovers of traditional songcraft, it’s an interesting entry into the exploration of what today’s technology means in music.

Delivery - Fool's Meeting – The roots of Canterbury lie in albums such as Fools Meeting, an LP which has been unavailable for many years only now surfacing on the Cuneiform label. The album is particularly notable since...  (1999) » Read more