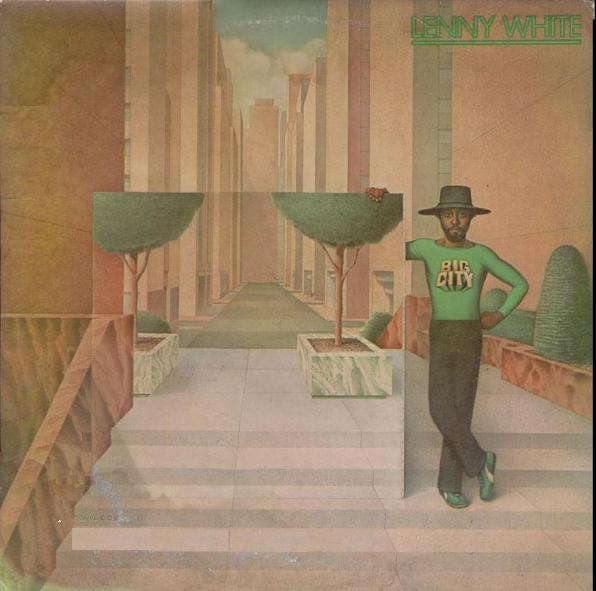 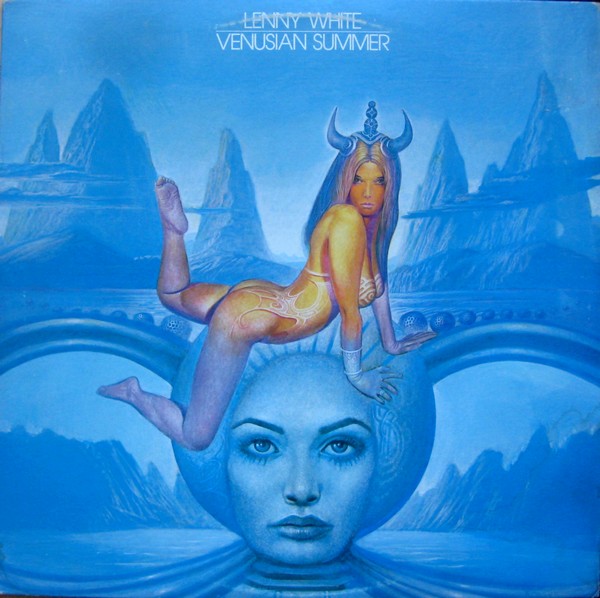 Looking back thirty years later on the “golden age” of jazz-rock fusion, we tend to focus on the super tight unison lines and complex rhythmic structures of the Mahavishnu Orchestra and Return to Forever. We tend to forget (or at least I do) that fusion had a funky side, and these two solo releases from RTF’s ace drummer are a reminder of it. Both feature a similar outline: funky grooves (topped by hot playing from an all-star cast) set off with meditative moments that to today’s ears sound like New Age pseudo-classicism. The title suite of the first album could be from the lost soundtrack to Foxy Brown Goes to Venus. It starts with some spacey and (for the time) innovative electronics from Patrick Gleeson, then works its way into a mid-tempo funk beat with wah-wah guitar, trilling strings and a flute solo from Hubert Laws. Al DiMeola, David Sancious, Jimmy Smith, and others fill out White’s drums, keyboards, bass, and percussion parts. The second album starts out with its title cut, pealing out in high gear with the Tower of Power horns backed by White and Brian Auger’s Oblivion Express. That energy is killed by a lame vocal ballad featuring Linda Tilery, which even Herbie Hancock’s great piano solo can’t redeem. Fortunately that’s the only real misstep. After a couple of short interludes, “Rapid Transit” is a real gem, energetic and fun. Neal Schon, Jerry Goodman, Jan Hammer, Miroslav Vitous, and others show up for their moments in the spotlight.