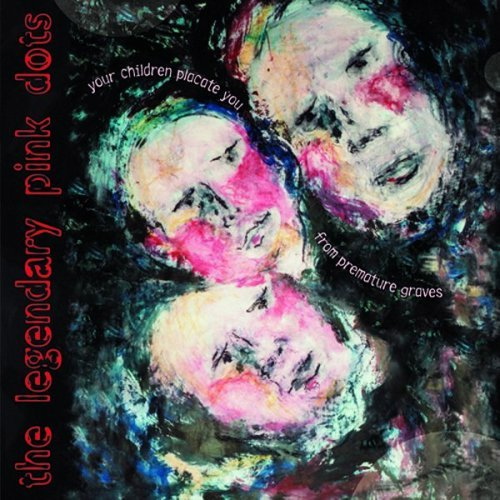 2006 marks the 25th year of this band's existence, and this CD marks some ridiculous number of releases I won’t even speculate about. This venture finds them in a fairly calm mood, and is one of the most accessible items in their catalog. There are many moments of subtly twisted normalcy, with sleepy singing and acoustic guitar backed by odd electronic landscapes, like an updated take on Meddle-era Pink Floyd with more studio manipulation. In spite of many seemingly normal “songs” the whole affair is quite disjointed, with arrangements that drift from one scenario to another seemingly at random. It’s as if the art form of sonic collage has been applied broadly but inconsistently over the course of a variety of composed pieces, obscuring them in gauzy haze and interrupting the kind of flow one expects in Western popular music. Oddly enough, the highest point of intensity comes in the second track, “No Matter What You Do,” nearly seven minutes of relentless building dark turmoil, from disturbing lyrics set to a childlike melody to a massive peak of echoing sax, distorted guitar and sound effects. This album is a fine part of a (pardon) legendary band’s legacy, and should be able to reach beyond the band’s existing fan base. Psych don’t come no psycher than this.

Your Children Placate You from Premature Graves is a Dots album released in honor of their 25th anniversary. Over 25 years the band has gone through a number of changes and today the Dots are Niels van Hoornblower (sax and flutes), Martijn de Kleer (guitars, bass, and drums), and the founders Phil Knight AKA The Silverman (keyboards and electronics), and Edward Ka-Spel (voice and keyboards). The Dots is one of those bands you either really like or detest. There is no middle ground. Fortunately, this new CD contains 11 songs that should appeal to a broader audience than before. Overall, Your Children... is a quiet, sedate release. The CD opens with “Count on Me” and closes with “Your Number Is Up,” both with the same sounds of playground children and piano motif, a fitting way to begin and end this CD. In between are some avant garde, rockers, and several ambient songs. One song, “Feathers at Dawn,” hearkens back to the poppy music hall style of the Beatles. And there is the extremely cool Krautrock / Neu influenced “This Man’s Manifesto.” Other outstanding songs are the melodic “Peace of Mind” and the lovely ballad “The Island of Our Dreams.” And no LPD release is complete without Edward Ka-Spel’s outré story telling on “A Silver Thread.” Your Children... is a solid LPD release, but not a ground-breaking one. The title complements the music very well, and vice versa. I would recommend this to the new LPD listener. It could open up a whole new world for you as you begin to explore the rest of their catalog.