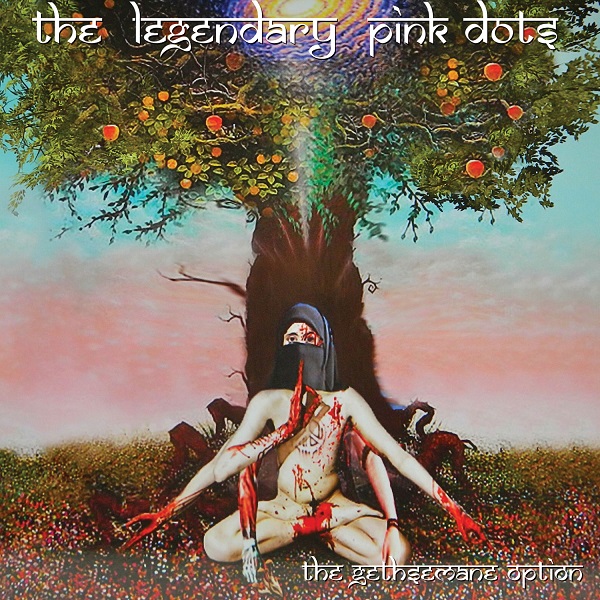 To mark their 33rd year as a band and kick off their American tour, the Dots released their first album on Metropolis Records. It is very impressive when a band, despite personnel changes over the years, continues to record and perform live in front of their adoring fans. The Dots' catalog is as long as your arm and they continue to make their back catalog available on Bandcamp. After listening to The Gethsemane Option a couple of times I have no idea what the option is. What I do know is that Gethsemane is the garden where Jesus went to pray the night he was betrayed by Judas, which led the next day to his crucifixion. The Gethsemane Option is definitely not a religious work, nor does it touch upon Christianity. What we have here are seven dark and moody sonic tapestries that may not appeal to the average Dots fan. The Dots are not above borrowing and recycling their own material. In the past, a phrase from one song will appear years later as a title for a new song. This time around the Dots reached back to 1995 and 9 Lives to Wonder, to recycle "On Another Shore" for both "Esher Everywhere" and "A Stretch in Time," though both songs are distinct from each other and the original. These two songs and "Grey Scale" are the high points of the disc. The other four songs are more rightly characterized as dreamy, edge-of-consciousness soundscapes with hypnotic guitar and synth chord washes that can wear a bit thin if you are not in the proper mood. The Gethsemane Option is more for completists. If you want to get better idea of their music, check out any of their earlier releases.