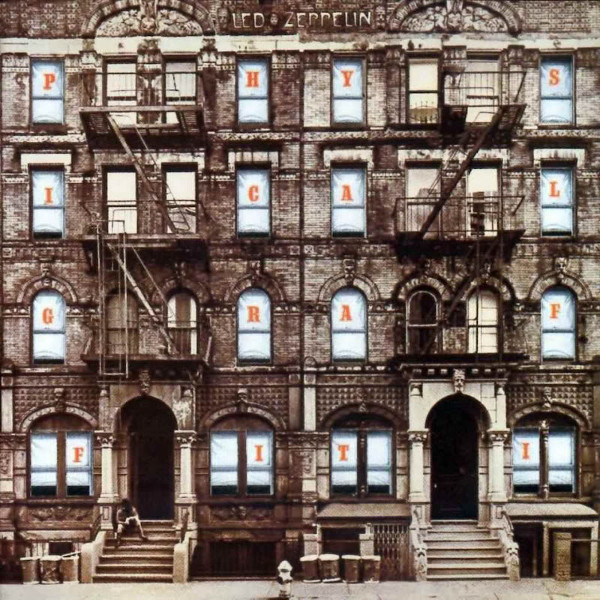 My first copy of this in high school was probably like most, with the die cut windows starting to wear. Back then I liked some of the songs, but over the decades the album has improved with every listen and now I'd say it's probably tied for first with IV and both are really almost second tier records. I used to think it was patchy but now I think the only song I don't really like is "Boogie with Stu." Where to start with such a collection of brilliance? Well there's "Kashmir," of course and the great bluesy "In My Time of Dying," amidst some of the shorter, punchier rock songs on the first record. But perhaps it hits its stride on side 3 with "In the Light," "Bron-Yr-Aur," and "Down by the Seaside," pieces that are so heavy with nostalgia and sublime emotion that listening to them is like getting a larger glimpse of the tides of life. The band is so well known for a parcel of classic, bluesy hard rock songs that it's often easy to forget how artful they were with ballads and folk, not to mention that a greater use of keyboards has come into play here. It's also amazing to think that in some ways this is an odds and ends album, shaped in a way that it doesn't manage to come off that way. Even writing this, my mind is taken back to the seaside. By this point Led Zeppelin had already carved out their legend, with Physical Graffiti they were putting that legend out of reach.