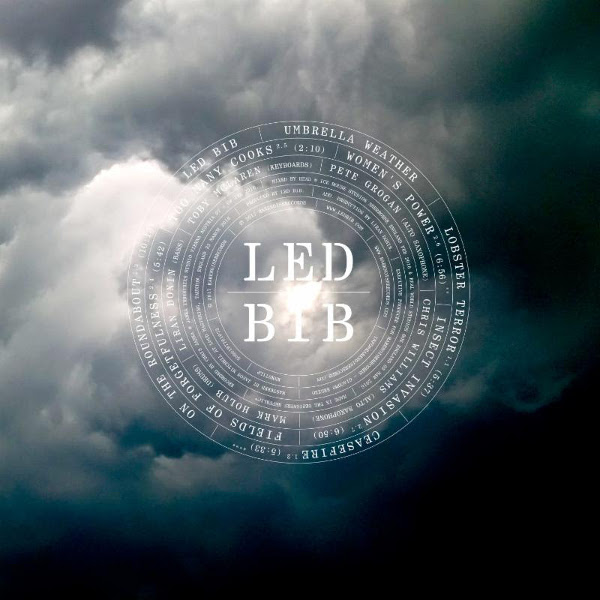 Many of our readers should already be acquainted with Led Bib. The People in Your Neighborhood (2014) was one of the outstanding jazz releases of its year, and with Umbrella Weather, they might just have done themselves one better. The qualities I appreciate most in jazz are present in abundance: adventurous compositions, explorational sounds, subtle interplay between musicians, and energetic imagination. The personnel is intact from the beginning of the group, with dual alto saxes by Pete Grogan and Chris Williams, keyboards (mostly Rhodes electric piano) from Toby McLaren, electric bassist Liran Donin, and drummer Mark Holub. Not many groups have two alto saxes, and it might seem at first to provide less variety than including a tenor, bari, or soprano might, and neither Grogan nor Williams doubles on anything else. But they make it work, sometimes functioning almost like a single two-headed musician, albeit a somewhat schizophrenic one. And, hey, lots of bands have two guitars, right? I can’t tell the two players apart by sound, but they are both great. McLaren’s favored instrument is the Rhodes, but on this album, he spends more time on other keyboards than I remember on past outings. The credits aren’t specific, but there’s some kind of synth or organ involved, along with some effects like distortion and ring modulator on the Rhodes. Donin’s bass has a big, muscular tone, and is often augmented by effects — when he kicks in the fuzz, the link to classic Soft Machine with Hugh Hopper is unmistakable, though not in a derivative way. Donin also likes to play chords, beefing up the bottom end even more. And Holub, who started the band, is simply an amazing drummer, busy and energetic without overpowering the others, and he has the majority of the composer credits as well. This is one case where a 70+ minute running time is justified — Led Bib provides non-stop interest and quality from start to finish.