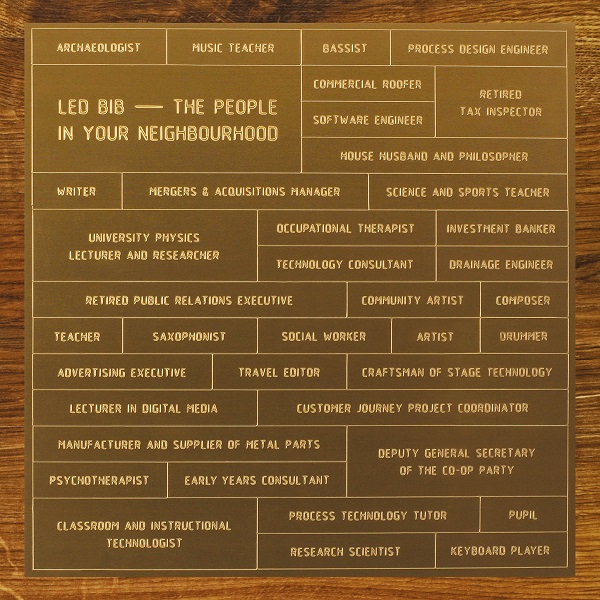 I've been hearing about Led Bib for a while now, but somehow actually hearing them didn't occur until this new recording arrived. This is one case where the hype is justified. This English band is indeed a great entry on the rosters of contemporary jazz, combining some of the best elements of 70s exploration with good solid playing and writing. One point of reference for many Exposé readers would be Soft Machine during their jazziest phase — more in the Five to Seven era than Third, since the tunes are mostly pretty concise. The electric piano, the muscular fuzz bass, and the aggressive sax playing really tune the listener in to that era. But that's only the first track. This band doesn't sit still, and doesn't limit their sound to that particular thing. Other tracks call to mind Herbie Hancock's late 60s work, with a little of the kind of groove found on Fat Albert Rotunda. Other tracks bring in some avant-rock elements along the lines of The Muffins. Throughout, the melodies are really excellent, usually handled by two saxes, anthemic at times without getting corny or over-dramatic. The rhythm section of electric piano, bass, and drums really cooks. I've always thought that "traditional jazz" ought to be considered an oxymoron — if it's adhering to tradition, it's not really jazz — and clearly Led Bib feels the same way. It's adventure time!

Mezquita - Recuerdos de mi Tierra – Spain's late 70s "progressive rock" scene was flowing in the abundance of new and creative talent and this short lived band was practically at the zenith of this genre's adherents. A heavily folk...  (1994) » Read more