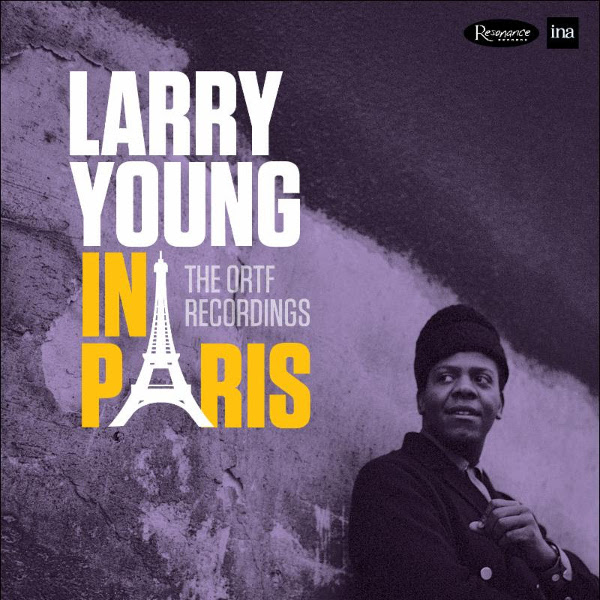 As with the previously reviewed Thad Jones / Mel Lewis Orchestra release, All My Yesterdays, Resonance Records has unearthed another outstanding gem of jazz history with In Paris. Many readers will be familiar with Lifetime, one of the seminal groups involved with the fusing of jazz and rock. Lifetime featured drummer Tony Williams and guitarist John McLaughlin, both fresh off stints playing with Miles Davis, along with organist Larry Young (also known as Khalid Yasin), and they pioneered the playing of jazz music with the volume and distortion of psychedelic rock. Lifetime ran from 1969 to 1970 in its original incarnation, releasing two albums. In Paris backs up a few years, finding Larry Young spending some time in France in 1964-65, getting together with fellow expat musicians (and a few Europeans) in sessions recorded for radio broadcast. And while this collection doesn’t really contain any hints of the changes to come, it does show Young as a real innovator on the organ, one of the first to apply some of the harmonic advances of John Coltrane to the instrument rather than the blues and R&B that underlie many organists’ playing. Young is joined by a variety of other players, with most tracks featuring horns (sax and/or trumpet) plus a rhythm section of drums, bass, and sometimes congas and piano. All the players are superb, a testament to the vibrancy of the Paris jazz scene of the time. This package’s liner notes are extensive, including interviews and reminiscences from a number of people either involved in the recordings (producer/pianist Jack Diéval, trumpeter Nathan Davis), in Young’s later career (John McLaughlin, Jack Bruce), or prominent organists (Lonnie Smith, John Medeski). This is a worthy addition to the all-too-short catalog of a jazz innovator, and a great slab of 60s jazz with merits both historical and artistic.