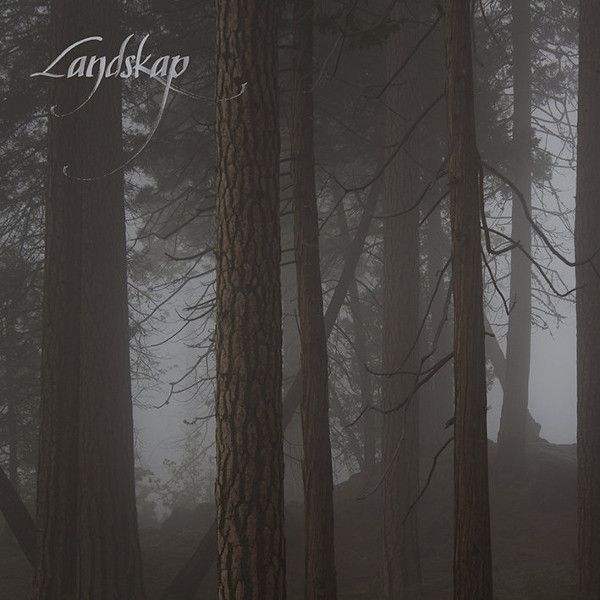 The British band Landskap released their first two albums on Bandcamp in January and November 2014 respectively, both as free downloads. In 2015 Black Widow Records reissued the second album II with a bonus track not available on Bandcamp. Landskap performs a mixture of heavy doom laden psych/prog rock, much like the 90s British band Dead Flowers, who released two albums Moontan and Smell the Fragrance. But there are other musical touch points as well. Landskap is Jake Harding (vocals), George Pan (guitar), Frederic Caure (bass), Kostas Panagiotou (organ and keyboards), and Paul Westwood (drums). Together they have produced some heavy gothic rock with hints of Jim Morrision and The Doors, as well as Fields of the Nephilim. The original album contains five tracks: “Leave It All Behind,” “South of No North,” “Through the Ash,” “Landskap Theme,” and “Tomorrow’s Ghost.” The bonus track is the instrumental “Lazy Sundae.” The opening song is the epic “Leave It All Behind,” a nightmarish vision with Pan’s killer guitar and Kostas’ sepulchral organ. “South of No North” moves into the gothic western style of The Doors and the Long Dead Sevens. “Through the Ash” is a blues rocker that turns to the dark side with some heavy organ chops. “Landskap Theme” is a heavy and energetic instrumental with each member trading licks and segues nicely into the outstanding “Tomorrow’s Ghost.” This song starts with a quiet drum and guitar intro with Kostas joining in on with electric piano to impart a sleepy vibe of “Riders on the Storm.” “Tomorrow’s Ghost” slowly develops from a rainy late night atmosphere to dark psych/doom rock with gritty vocals and superb organ. The excellent bonus track sounds like a dark and slowed down version of the Cippolina’s guitar solo from Quicksilver Messenger’s seminal “The Fool.” But then Landskap takes it further into an ethereal psych realm with growling guitar. Quite a musical experience!