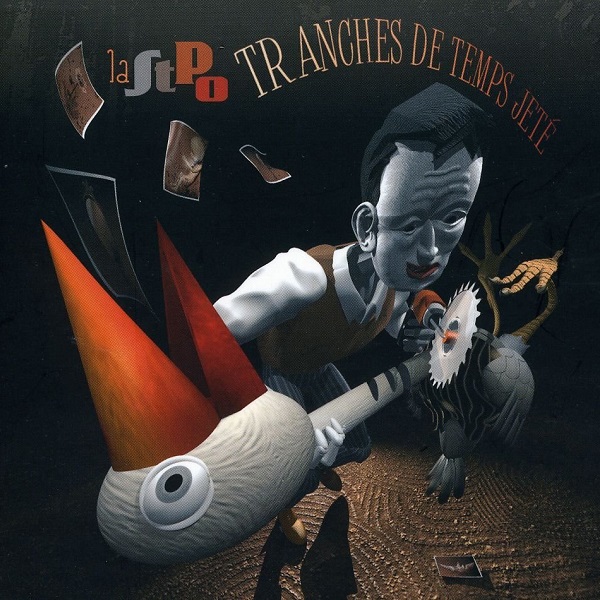 There’s just something about the sound of a marimba. No matter how much it sticks to minor keys, no matter how it tries to be dissonant, it ends up sounding cheerful. I don’t know if it’s just from years of watching Looney Tunes, or something about the quality of the sound itself, but marimbas sound whimsical to me. Couple it with a celeste or glockenspiel, and smiles are guaranteed. La STOP do all of these things, but add a lot of tense avant-garde artistic sensibility, with freaky guitar noises and voices ranting in a variety of languages. The use of the mallet instruments, along with cello and squawkous sax pulls the style towards RIO, but there’s a healthy dose of arty post-punk pulling in another direction. All of which leaves the band bouncing around in a nether region of the stylistic map, defining their own borders by action rather than decree. Whatever they play becomes their style. This release is a bit more song-oriented than the other STPO music I’ve heard, though that should not in any way be interpreted to mean they sound like a rock band. Sometimes I’m reminded of a demented circus orchestra. I occasionally wish the vocals were a bit less deranged, but the whole stew is intriguing enough to warrant repeated listens.