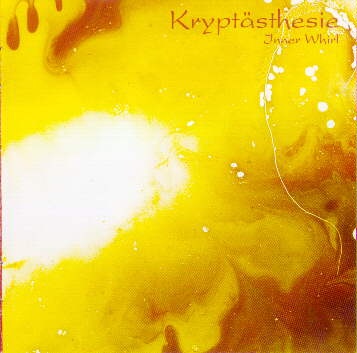 This is the first regular album on the Delerium label for this Italian band (though several private cassettes, two singles, and a double-LP on other labels date back to the mid 80s), a five piece with guests who play what might be called progressive underground space rock, using guitars (electric and acoustic), bass, drums, percussion, synths, and saxes. If that sounds a little like Hawkwind's instrumentation, then you're on the right path. A few of the twelve tracks here recall Hawkwind's punky aggressive edge (most notably "An Evening Following a Cuttle-Fish" and "Golden Guitar"), where driving snarly space guitars are overlaid with swirling synth effects and near-shouted vocals. Other tunes like "Red Shift" and the 12 minute "The Tree" are more electronically propelled, recalling the likes of Ozric Tentacles and other more techno-influenced bands. And yet another side of the band that seems to surface regularly is a more acoustic – even folky world influenced modal sound employing guitar, tablas and sitar, with more integral vocals. Of course Kryptästhesie is first and foremost a psych band, so many of these more laid-back acoustic tunes are treated to liberal doses of psychedelic synth dweedling and effected guitars, and there are those occasional bizarre and unexpected twists that surface in most of the tunes. A solid effort that should appeal to Hawkfans and Ozric-heads, as well as more acoustic oriented psych bands like Ghost.