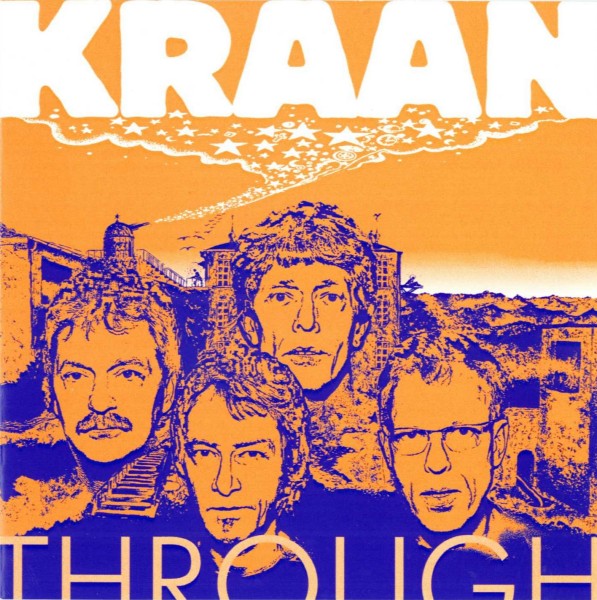 Here’s another prog band from the 70s reformed. I’m not familiar with the band’s back catalog, so I can’t make comparisons with where they’ve been. I hope I don’t offend anyone by saying Through makes me think of Kraan as a sort of space-prog Steely Dan. The same smooth jazzy grooves peddled by Becker and Fagen run through Kraan’s music, though it is less song-oriented, with lengthy instrumental passages. Helmut Hattler’s bass is more prominent than you’d find in a Dan record, with memorable lines in virtually every track. Another, more prog-oriented comparison, would be to Camel around the time of Moonmadness, with a similar feel and balance between vocals and instrumentals, though Kraan’s rhythms are less intricate. For the most part, the energy level remains a bit on the low side, but occasionally the guys step up and give a taste of what they can do, as on the middle section of “Run Sonny Run” followed by the final verse, which is backed by some busy bass work. Guitar and keys also get in some fine moments – Kraan’s forte is tasty arrangements and group interplay rather than step-into-the-spotlight soloing. As with Camel, the vocals are not the band’s strongest feature, though guitarist Peter Wolbrandt acquits himself reasonably well, at least staying on key if he’s not distinctive. The lyrics, all by Hattler, are innocuous, neither standing out as great poetry nor as trivial sop. All in all, the CD is quite enjoyable without jumping out and grabbing your attention.