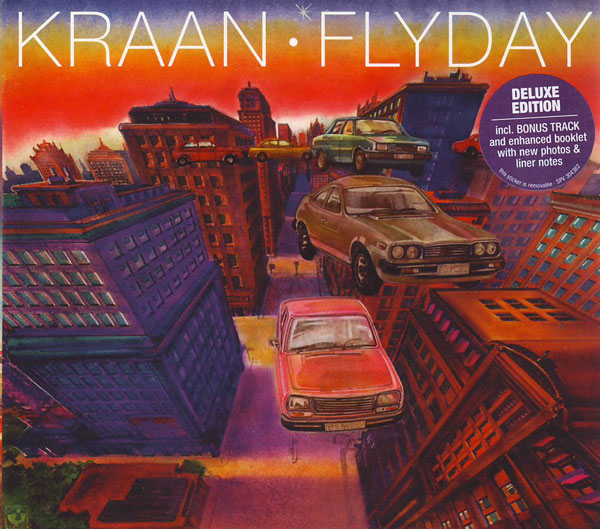 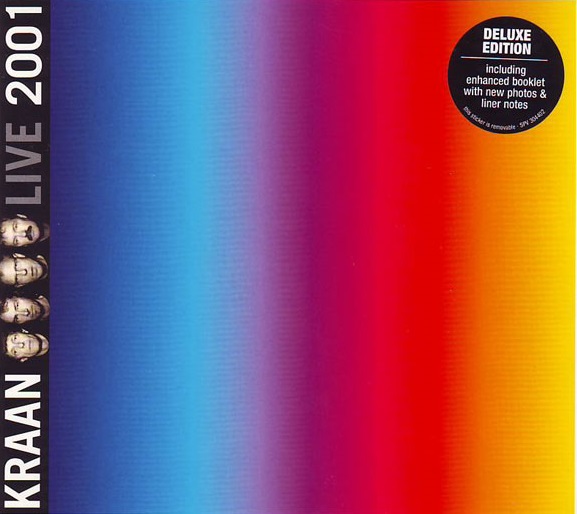 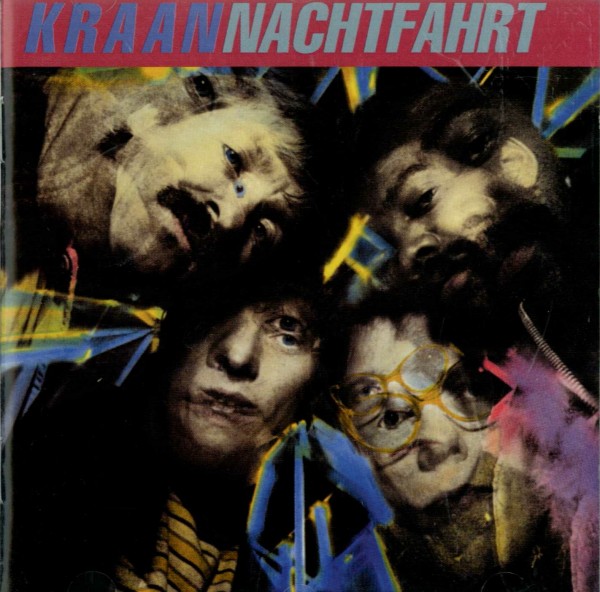 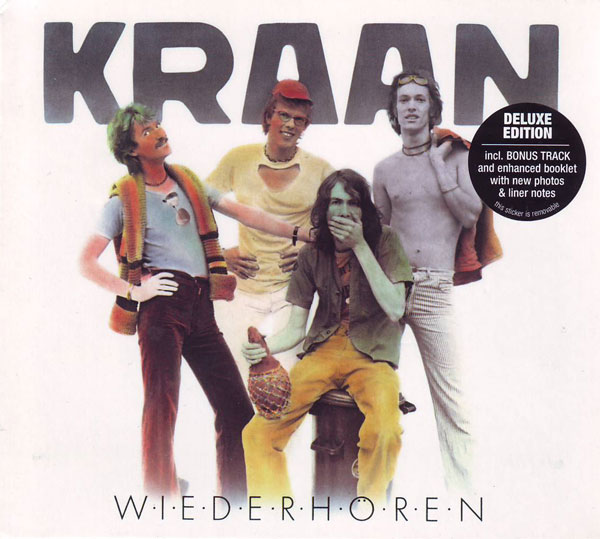 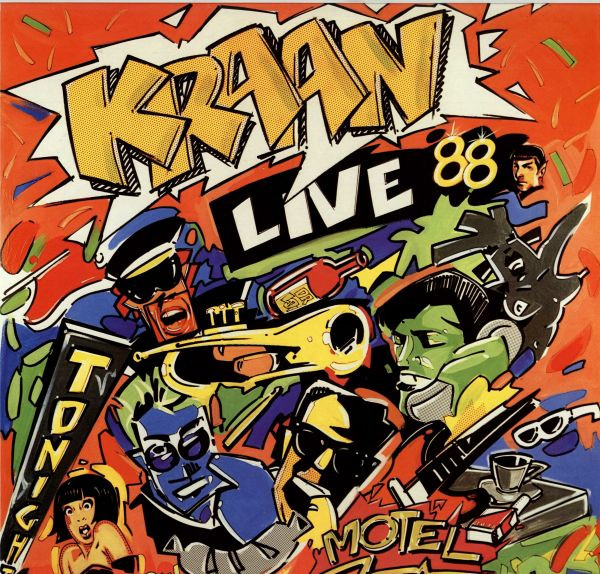 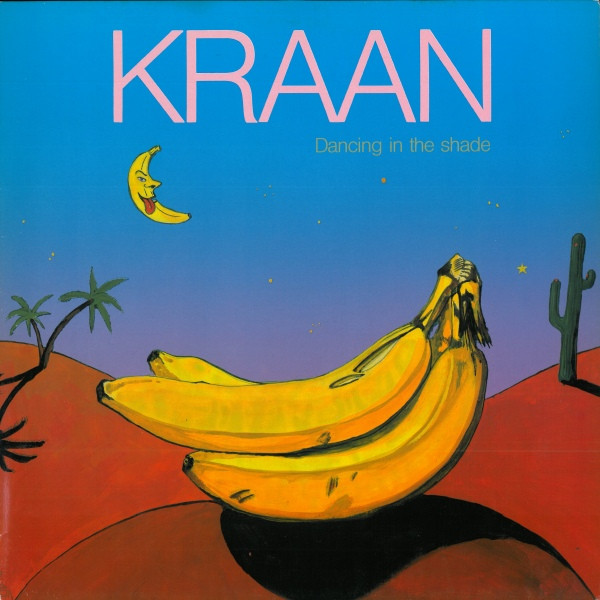 Recently Revisited Records, a division of InsideOut Music, has been reissuing a number of German bands from the past: Klaus Schulze, Amon Düül II, and Kraan. To date, they have released these six albums from the Kraan catalog. If you believe the hype and liner notes, Kraan was one of the most innovative German bands from the last century. I don’t get it. There is no doubt that Helmut Hattler is an extraordinary bassist. His playing shines through on nearly every song on these six CDs. However, his skills as a bassist aren’t sufficient to carry the music. I think that Kraan tried to be too much of a chameleon and blend into the styles and trends of each decade. They just didn’t have the look or the licks. From their live recordings in this batch, that is where they excelled as a band. It is a shame that they just could not capture the excitement and spontaneity of a concert in the studio. The studio recordings, by and large, are sterile. Plus the vocals are their weakest link, preventing Kraan from exploring some interesting musical ideas only hinted at in the instrumental breaks.

What is really interesting is that on Wiederhören Conny Plank engineered half of the studio songs and only these tracks have any merit. Plus they happen to be some of the strongest material the band ever recorded. Fortunately, the songs with vocals recorded by Conny actually are listenable. There are only two worthwhile songs on Wiederhören, “Vollgas Ahoi” and the title track. As with other Revisited Records reissues, there is bonus material. For Wiederhören, they included a live version of the title track that runs about 19 minutes.

Flyday was recorded one year later in 1978. This release was supposed to mark a new beginning for the band. The problem on this release was the overuse of the factory presets on their new digital keyboards. The result being that there is not a lot of difference in sound from song to song. The only saving grace to Flyday is the live bonus track, “Gayu Gaya.” This recording is a huge improvement over the studio version on the album, but not enough to justify purchasing Flyday.

Nachfahrt is from 1982 and there is only one song of note on this release — but it is a monster! “Wintruper Echo” could be the best song Kraan ever recorded. It has a fantastic Helmut bass solo opening the song followed by doubled guitars and drums to produce a Krautrock masterpiece reminiscent of Neu!. The remainder of Nachfahrt is mediocre at best and the inclusion of the bonus track “The Daily Blues,” written and featuring vocals by their drummer Gerry Brown, does nothing to enhance the reissue.

Then after a four-year hiatus, Kraan got together and recorded Live ’88. At this point in their career, they were no longer with a label and had added Joo Kraus on trumpet, keyboards, and percussion to their lineup. The addition of brass to the band greatly enhanced their jazz-rock fusion. This is an excellent album. Kraan breathes new life into “Vollgas Ahoi,” “You’re Right,” “Wintruper Echo,” and “Nachfahrt.” Helmut is at his energetic best on bass. Live ’88 has lots of cool jazz-rock jams and improvs. There is only one problem and it is again the overuse of the factory presets on the keyboards. The sameness of the sounds causes the songs to blur into one another.

Two years later Kraan released Dancing in the Shade. Once again theytried to morph and adapt to current musical trends. This is a very uneven release consisting of awful pop songs, mediocre jazz-rock, and ethnic world music. At this point in their career, Kraan was more a collection of individuals pursuing their own interests rather than a cohesive band. The music is still well executed, but overall kind of boring. There is only one song, “One Day,” which has any promise at all of interesting an Exposé reader. “One Day” is different from the rest of the disc with its chanting and dark edgy music. The bonus tracks are three demo versions of songs on the studio album: “Dancing in the Shade,” “Good Enough,” and “Polarity,” which would have been better left off.

Lastly, there is another live album, Live 2001. The first six songs are from the Herzburg Festival and the other five are from the International Donau Festival, both recorded in June 2000. The band line up here is the same as the original from the late seventies and early eighties: Peter Wolbrandt, Jan Fride, Ingo Bischof, and Helmut Hattler. These two concerts feature a “Best of Kraan” set list with songs spanning their 30-year history. Though not quite as energetic as Live ’88, Live 2001 still provides some exciting moments of jazz-rock fusion and Hattler’s bass solos. To summarize then, the best CDs of this batch, and the only ones worth purchasing, are the two live recordings and possibly Wiederhören. Steer clear of the others.

Tetragon - Nature – Here is one of those albums revered by collectors, with a pricetag on the original vinyl to match — only 400 copies of this baby were pressed in '71. Yet it's only a fraction of what an earlier...  (1995) » Read more