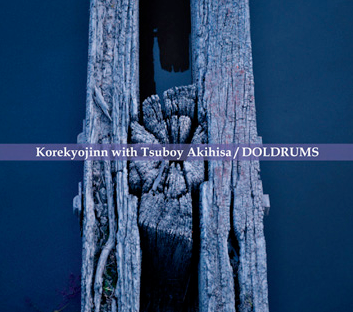 If you take the gonzo-zeuhl of Ruins and graft it onto the kind of fiery fusion played by early Mahavishnu Orchestra, you get something like Korekyojinn. Add in hotshot violinist Tsuboy Akihisa of KBB and the Mahavishnu comparison is even more apt. Of course, Tatsuya Yoshida is his own man (or machine!) on the drums, so you can back off a bit on the use of "Mahavishu-esque" as an adjective. The other elements are Kido Natsuki (also of Bondage Fruit) on guitar and Nasuno Mitsuru (Altered States, Daimonji, etc.) on bass, and when these elements mix, the inevitable result is explosive energy likely to rip your speakers (or headphones) apart. No keyboards in play, but there's so much going on you'll never notice the lack. Barring a few atmospheric moments, this is sheer ripping from beginning to end, with great melodies, tricky rhythms, unison passages, and insane solos. All of which are things many of us latched onto in the early days of fusion, before it went all disco and earned a reputation as the half-witted mutant offspring of jazz and rock, having inherited only the worst traits of its parents. No, this is the real deal. These live recordings date primarily from 2010, with a couple of tracks from '08 and '09 which didn't originally include Akihisa and had his parts overdubbed after the fact. But don't let that scare you away. The material is drawn from other Korekyojinn releases, but these versions are different enough to warrant attention. Simply amazing stuff!