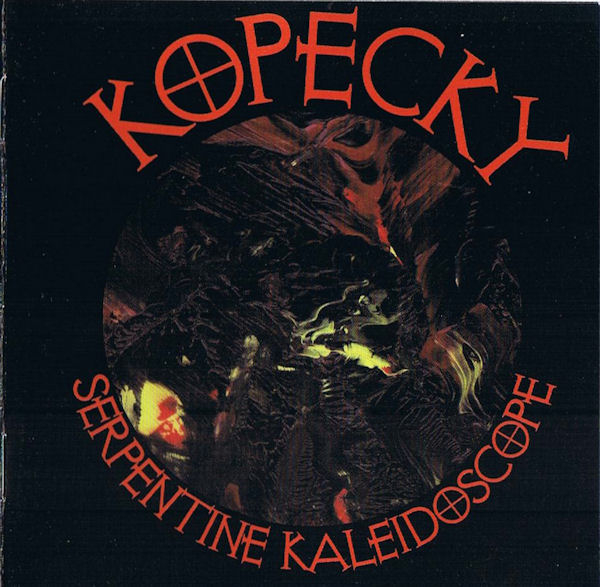 This one snuck up. Seems like just yesterday these pages were reviewing the debut by this Wisconsin based trio. No sophomore slump here, in fact this second effort is surprisingly strong. The band has expanded its scope to a certain degree, although their main thrust remains the same: a powerful, mostly-instrumental hard-rock / metal with Middle East and Indian influences and instrumentation working together with standard guitars, bass, drums, and keys. While their previous effort seemed a bit more borne of jamming, this latest effort is more obviously composed and driven to excellence at every level — all three members stretching their compositional ideas and musicianship to the limit. Will Kopecky’s string popping fretless bass style recalls Michael Manring at times, though more sinister and devious; keyboards are now employed on a regular basis on a most of the tracks, and sitar is still used sparingly, but to good effect when it is. This time there are some vocals — well, more like spoken lyrics, on “I Was Home and I Wept,” and a repeating whispered loop and other strange voices on “These White Walls” — by guitarist Joe Kopecky, who also hasn’t forgotten his crunchy metal chugga-chugga style and finger-blistering 50-note-per-second leads, but he also stretches out into some new stylistic territories as well. A strong percussive framework offered by third brother Paul drives the material hard and keeps it from drifting away from its hard rock base. Overall, a solid second helping. Recommended.