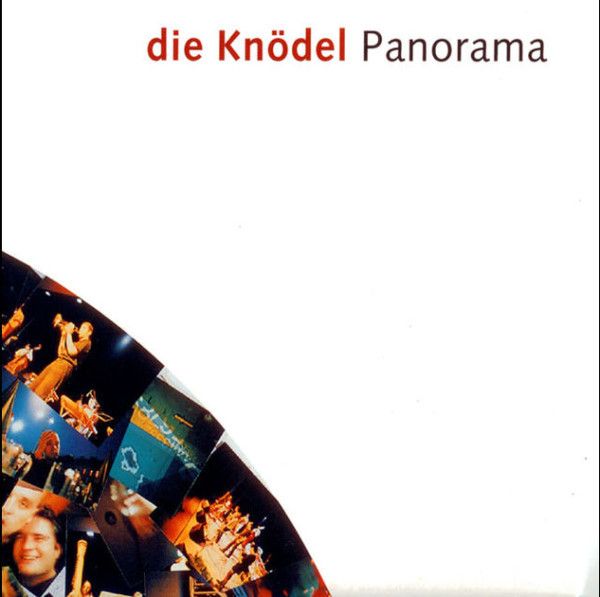 Well I thought the RIO movement was going trad. on us when L'Ensmeble Rayé's last CD hit the shelves, but now they really have gone and done it. Here is something you would expect to hear floating from the corner of a beer bar in Vienna. Die Knödel is an acoustic octet from Austria, with a slew of CDs under their belt. Panorama appears to be a compilation of sorts. Every offering on it is written by a different composer, none of whom are members of the group. This makes sense though — the music sounds like it was composed no later than 1935. Most of the time they stick to traditional polkas and waltzes, even to the point where Nimal starts to sound like old Art Zoyd! Things get a lot better when they flatten out the rhythms, slow it down and become more cinematic. You'd swear at these moments you are hearing something from a soundtrack to a Charlie Chaplin film. When they emphasize strings the mood becomes sinister, and emphatically more interesting. The guitar / bass / bassoon / violin grouping is their golden weapon and I would love to hear an album dominated by such a format. Alas they stay there only for two pieces. Actually it's a head scratcher as to why this was released by the Recrec people. I assumed they were interested solely in innovative, or avant sounds. It tempts me to say they might as well be releasing Steeleye Span albums, because there is little here any more unorthodox than what the British folk rockers dish up, albeit in a completely different genre. Die Knödel is nonetheless a formidable ensemble, the playing and arranging are first-rate, and with a few beers in you it probably sounds even better. But for recordings a little more hazard would certainly not go amiss for my taste.