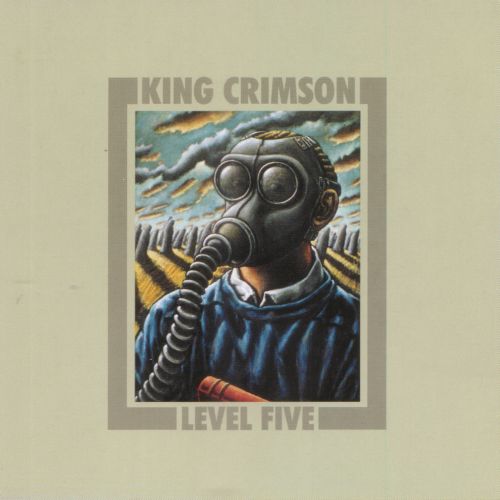 Initially a limited edition live CD, Level Five joins the set of other interim releases prior to The Power to Believe. The process for airing new King Crimson material again is to rehearse a piece for live performance then take the track into the studio to capture a “best essence” of the piece. Songs that fit this process are “Dangerous Curves” and “Virtuous Circle,” which show a heavier and predictable direction for the four-piece line-up since the last studio outing, The ConstruKction of Light. The pulsing rhythms of the former track create a dire scenario along with the tension-building title track and the battered-fly-like guitar solo from Adrian Belew that ends the song. Fripp’s crystalline bells play against Trey Gunn’s ominous bass line to huge consequences. “The Construktion of Light” benefits from a friendlier groove and clearer separation between Fripp and Belew’s cascading guitar lines than the live recording from the 2000 European tour. In contrast, another live version of “The Deception of the Thrush” that shows how the piece is still morphing from the sterile studio version. Mastelotto seems to really be finding his rhythmic niche, as much of his time-keeping anchors, as well as propels the ensemble. It’s curious to note what response the modern hard rock crowd has had when seeing this veteran metal group live. Where live refinement is the standard mode of operation, Crimson clearly prevails.