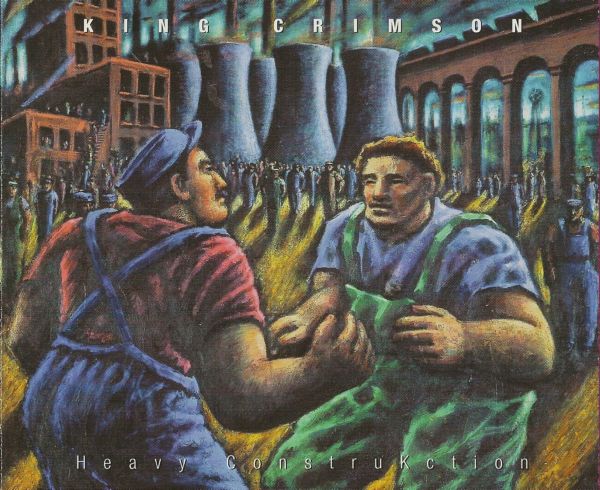 According to many accounts, the European tour for The Construkction of Light has been nothing short of a major success. A large number of gigs sold out across Germany, and women were seen attending gigs! To top that off, inspired playing by that muse in the driver's seat, Robert Fripp is also happening at an elevated level too. This special edition three CD set contains most of the current album recorded at various parts of the continent with the last disc detailing variant improvs from different nights. When contrasted to recent live US shows, some of these versions are a bit tame by my bird's-eye account. It's not from lack of energy or prowess, but instead from the ensemble paying live dues and allowing the live persona of these tracks to mature and find their own weakness and empathy. The shortcomings of the new line-up are revealed on some of the Thrak pieces, in particular on "One Time" or "Dinosaur," with less crafted rhythmic backing, but this is a minor point. The reason to own this collection is for disc three. Since this quartet varies dramatically from a rhythmic perspective, it's insightful to scrutinize Pat Mastelloto's electronic sound map as the other three scramble to compensate. Closing out the live chronicle is an animated live dialog regarding "a dreaded flash photo incident." Although amusing after the fact, I'm certain it was annoying to the performers at the time. Regardless, this live document is the best representation of where the new quartet started out on the path to what promises to be at least memorable if not hopelessly inspired.