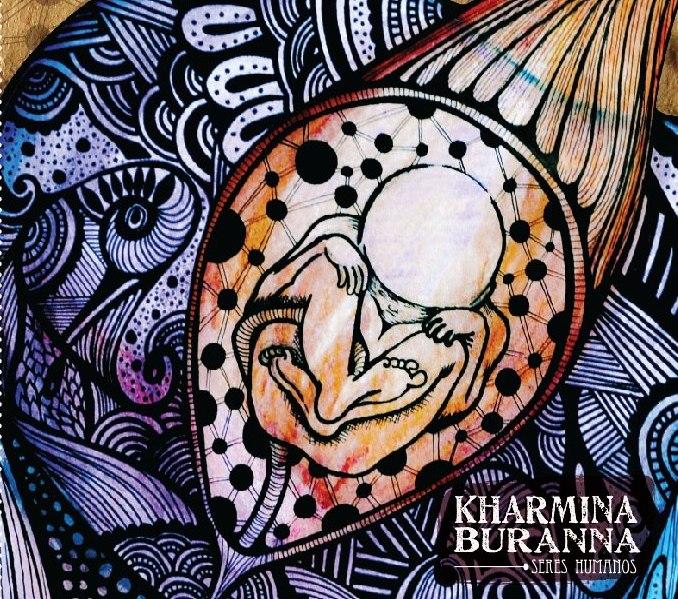 This is the second full length release by this Peruvian sextet, featuring drums, bass, acoustic and electric guitars, flute, keyboards and vocals. There are four mid-length instrumental tracks, plus two lengthy suites "Seres Humanos" and the side-long "Lenguas de Trapo," both which feature vocals by new lead singer Luciana Derteano, with harmony vocals by other band members. Despite having three members covering guitars and bass, it's the keyboards that are driving many of the fiery instrumental passages, with guitars in support. Most of what's here falls squarely into the symphonic rock category, though it's very original and not easy to draw comparisons with other bands in the genre, although within their sound there is a certain flavor that one will find in the work of many other symphonic bands from South America. The compositions are skillfully penned by guitarist/bassist Maurizio "The Hook" Hooker (including both of the long suites) or keyboardist Daniel Lopez Gutierrez (most of the instrumentals), who together with drummer Victor Otarola are the only members remaining from the band's earlier 2008 album El Arte de Seguir Vivos. The acoustic guitar opening into the slightly bluesy instrumental "Sublime Muerte" is where the guitar power within the band is on display in full force. All taken, this is an excellent release that should be of interest to all fans of symphonic progressive rock.

K2 - The Book of the Dead – Imagine Progrock Records’ Shawn Gordon’s surprise when he heard from K2 bassist Ken Jaquess that not only Allan Holdsworth but the late Shaun Guerin had agreed to play on his big time...  (2006) » Read more