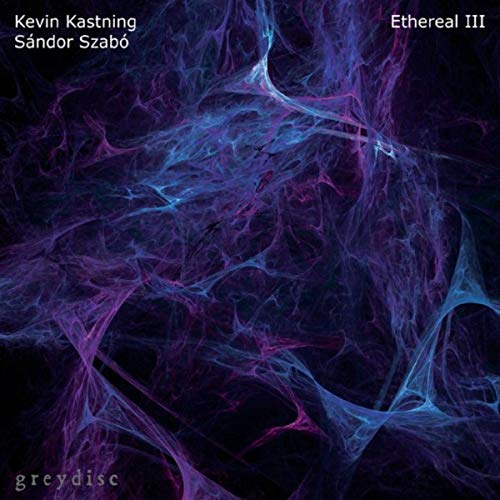 While there is a good chance I haven’t heard every one of Kastning and Szabó’s previous collaborations, I think it can be safely said that Ethereal III is unique among them. Both Kastning and Szabó are best known as contemporary guitar explorers, but here there are no guitars of any kind whatsoever! Instead, Kastning provides the structure to the pieces on piano, while Szabó serves as the orchestrator of the chamber string orchestra that accompanies each of the nine pieces presented; the compositions were done in collaboration. In a little over an hour, the duo explores a variety of different ideas and feelings, most appear and unfold in a seemingly free form stream of random themes, that, like their previous guitar collaborations, rarely repeat themselves as they proceed. Neither Szabó’s orchestrations nor the piano dominate, instead working together through each piece, each often trading the lead role regularly and somewhat deceptively, in that as a listener one might hardly notice as the role reversals are so fluid and the changes so seemingly effortless. I think to myself while listening to these pieces that, because the way they wander and wade through the dense forest of ideas and never look back, that these must be borne of improvisation, yet they are too well settled and perfected to be so, that each measure seems to follow the one before it with such energy and precision. I guess I will continue to remain mystified, but no less awestruck by what these two brilliant composers / players / alchemists can do in collaboration.