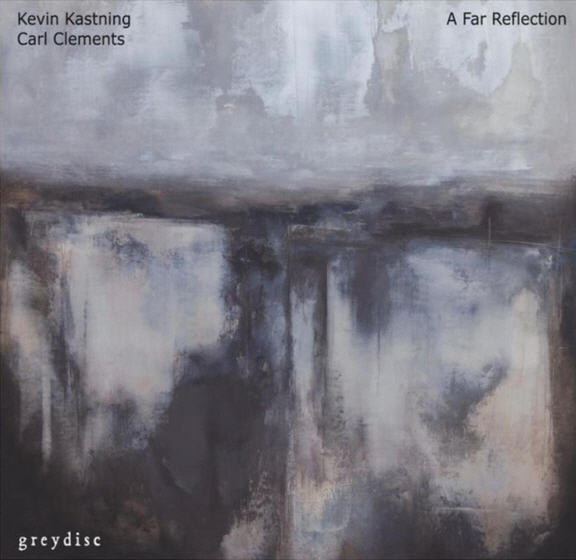 Guitarist Kevin Kastning and woodwind player Carl Clements are no strangers to collaboration. A Far Reflection is in fact their fourth, following Dreaming As I Knew (2012), Nowhere, Now Here (2013), and Watercolor Sky (2014), and on each of these the duo reaches new heights of explorative conversation. Across the eleven tracks here that span a full 71 minutes, both players bring a free-flowing emotion to their craft, seemingly improvised, but perhaps more of a collection of telepathic creations. At times it’s Kastning driving the show using his 30-strig contra-alto guitar, or his 36-string double contraguitar (both are custom creations of Kastning’s design), other times Clements takes the lead using soprano or alto sax, alto flute, and even bansuri flute (especially noteworthy on the album’s closing track "Into the Early"); the thoughts and melodies of both players intertwine freely, creating serene shades of beauty, stillness, introspection, isolation and an expression of pure artistic freedom that seems to parallel pure improvisational jazz, but no – it’s not that, not at all. There is no beat, no groove, and whatever meter exists just constantly shifts and moves about freely as the two players interact and create their magic, having more in common with the impressionistic school of classical music, though what we have here is more stark an intensely personal, really in a league of its own. One of Kastning’s other regular collaborators, Sándor Szabó, recorded, mixed, and mastered this set at his studio in Hungary. The overall result is nothing short of magical.

Steven Freeman and Alan Freeman - The Crack in the Cosmic Egg – Brothers Alan and Steve Freeman have been long time fans of Krautrock etc. as well as record shop owners specializing in this and similar music, and publishers of Audion magazine. This labor of love...  (2008) » Read more