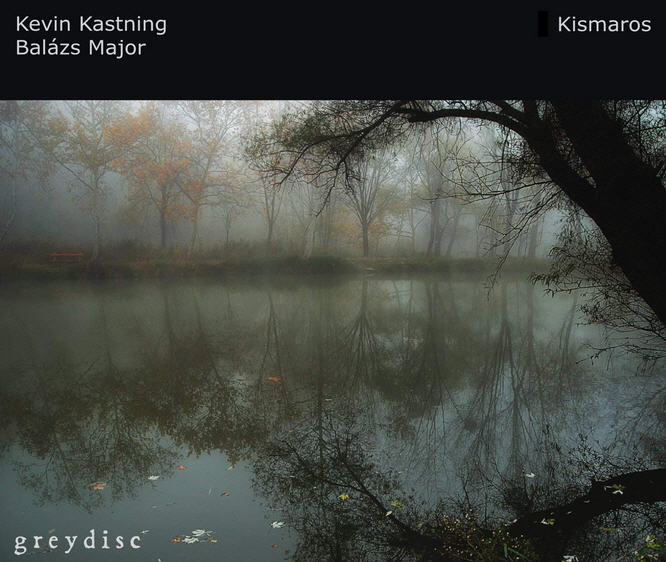 If I had to review this collaboration between Hungarian percussionist Balász Major and American guitarist Kevin Kastning in a single word, it would be “sparse.” Sparse in a good way, not thin or uneventful, but more of an introspective spacious world where each of the players gives the other plenty of expressive room to wander and create in real time. On the opening cut, “Kismaros I,” Major makes the first move, a gentle splash on cymbals, after which Kastning responds with a single chord, then Major continues, with Kastning responding with several notes on his 30-string, then a low tuned hand drum finds its way into the mix, until both players find a telepathic way forward together, eventually developing a live groove that the listener can wrap their ears around. Neither player is ever crowded out by the other, there is always plenty of room for even the most subtle sounds to be heard. Almost nine minutes later, the piece winds down to darkness, and the next one begins in a similar fashion. Kismaros is a series of seven long tracks that develop in a way similar to the first one just described, but each following a different path through the shady forest of gentle colors and dreamy expressive tones, punctuated by Major’s percussive telepathy, in the essence of primal musical communication. The compositions are happening in real time, with both of the players creating on the fly without any preconceived ideas going into it, just letting the spirirual flow of the sound happen at will, and in turn creating an all-enveloping fabric of sonic freedom. The urge to draw comparisons between this and earlier works involving Kastning, or even other artists is strong, but I won’t give into it, because Kismaros really is a unique experience.