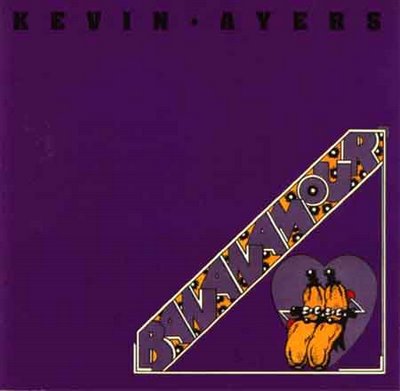 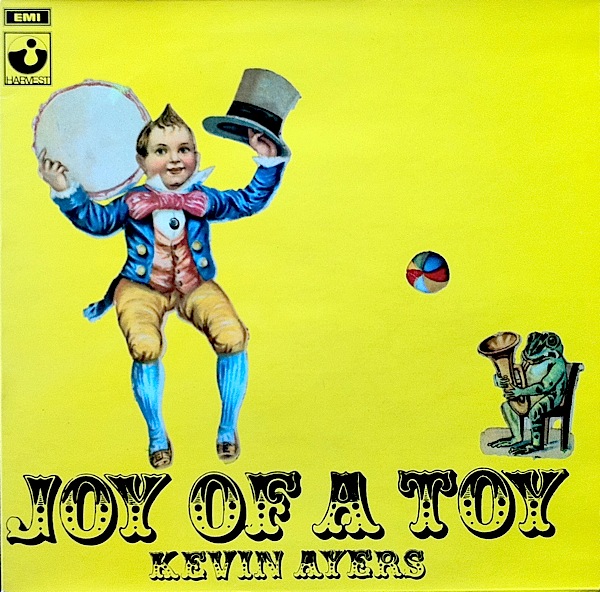 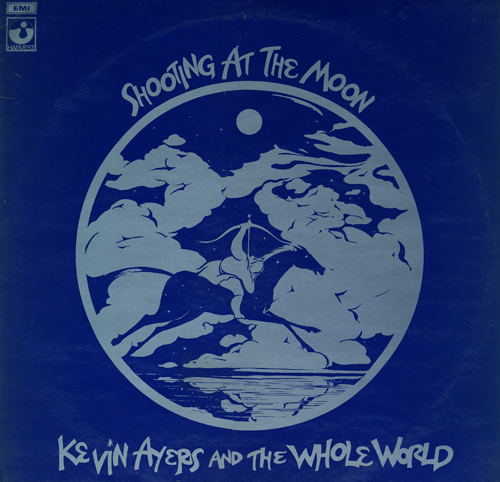 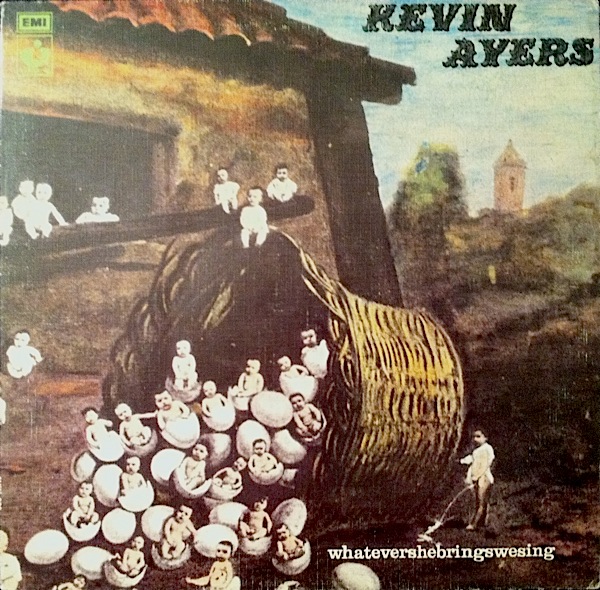 Ex-Soft Machine bassist Kevin Ayers left that group after their full-on live U.S. assault with the Jim Hendrix Experience in 1969. After that time, Ayers spent the following years putting together a solo career enviable by most artists in the U.K. if only for his cheerful experimentation that incorporated a wide array of styles and influences. Archivist Mark Powell is the man again that has dug deeper into the EMI cargo holds of outtakes and master recordings to provide vastly improved listening pleasure and liner notes. In addition Powell has seen fit to obsolete Odd Ditties (1976), an album of outtakes and singles where he has added back tracks to the albums they were left off. This makes each reissue expanded by approximately twenty minutes, thus improved listening experience. Ayers first album’s title track, "Joy of a Toy" dates from the end of 1969 and includes an array of players from the likes of Robert Wyatt to Syd Barrett (who plays guitar on an early take of “Singing a Song in the Morning”). Ayers' vocal style can best be described as a curious blend of Bob Dylan and Leonard Cohen with that of Barrett as well. Important songs include “Girl on a Swing,” that captures English pop psychedelia at its best with a simple lyric offset by tape loops and heavy Mellotron usage. “Stop the Training (Again Doing It)” features a steadily increasing tempo and a vintage Mike Ratledge organ solo that simply shreds.

Shooting at the Moon was a major step forward creatively for Ayers as it established his on-going working relationship with arranger David Bedford as well as introducing then bassist Mile Oldfield to the record buying public. Classic tracks on this album include “May I” (a plaintive ballad) and “Clarence in Wonderland” (one of two Soft Machine leftovers that encapsulate Ayers’ sardonic wit). The Whole World was Ayers’ first post Soft Machine band that also included avant-garde saxophonist Lol Coxhill (in his most tame, but appropriate musical setting). Much of the album features fun-spirited experimentation in the form of backwards tape loops on “Colores para Delores” and free jamming on “Pisser dans un Violon” and “Underwater.” These tracks help break up some of the album’s continuity but in a non-gratuitous manner. Tracks such as “Lunatics Lament” show the quintet at its rocking best with one of Oldfield’s first inspired guitar solos. Essential bonus tracks include “Gemini Child” and “Butterfly Dance” also extracted from Odd Ditties.

The third LP in the reissue series is perhaps Ayers’ and Bedford’s greatest arranging achievement, Whatevershebringswesing as the Whole World band splintered thus allowing the artist to continue to refine his craft. The opening medley of “There Is Loving/Among Us/There Is Loving” is a grand foray that leads off the original eight pieces. Essential tracks include the title piece with a characteristic lead guitar performance from Oldfield and “Stranger in Blue Suede Shoes,” another unappreciated UK single. “Song from the Bottom of the Well” is simply Ayers’ sinister masterpiece of mayhem from this time frame. “Fake Mexican Tourist Blues” is another Odd Ditties song that has been appended to the end of the disc as it adds light-hearted closure.

Lastly, Bananamour from 1973 also received the remaster/bonus track treatment, but with an additional liner notes interview that details song-by-song annotations from the composer. Essential pieces are “Shouting in a Bucket Blues” that features an excellent Steve Hillage (pre-Gong) lead guitar break and “Interview” where Ratledge makes another fierce organ appearance. “Take Me to Tahiti” and “Caribbean Moon” are two of the four bonus tracks from the same recording time frame that bolster further support this underrated work. Overall this group of four seminal works personifies the best and least recognized of the Canterbury stable of artists. Each CD is highly recommended to that loyal fan base as well as those who can appreciate Bob Dylan with a sardonic twist.