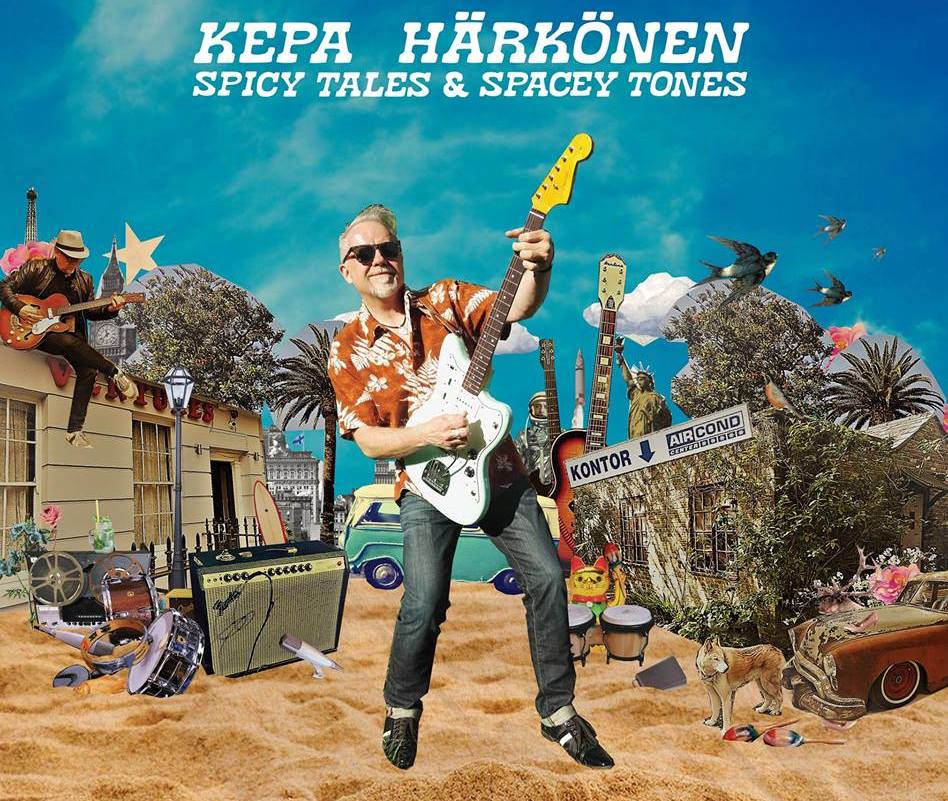 In a general sense, Kepa Härkönen is mostly known as a “surf guitarist” in his native Finland, previously the lead guitarist of The Wristshakers; he’s been honing his craft since the late 80s, yet this is his first full length album under his own name. Spicy Tales & Spacey Tones includes ten original compositions, as well as The Bel-Airs “Mr. Moto”, and Freddie King’s “Fish Fare,” all in a well rounded set of classic styled guitar instrumentals that would make his influences proud. Joining Härkönen for this set are drummer Daniel Hjerppe, bassist Robban Hagnäs, and keyboard player Pekka Gröhn. In his own compositions are the influences of jazz and blues and classic sixties instrumental legends like Hank Marvin and The Shadows, The Ventures and the late great Dick Dale, as well as movie soundtrack stylings, touches of cuban-mexican rhytms and much more. The opener “Havana Dream” plays well on the cuban rhythmic connection, while “Caravan of Reindeers” finds a clever and infectious groove from a bit closer to home. “Lime Green Blues” establishes a strong connection with the blues, yet offers the freedom of a powerful jazz guitar style, and “Slow Surf” is pretty much in the realm of what one would expect from the title, a classic romp through sixties instrumental surf rock without too much twang. If there’s one song here that truly stands out from all the others, it’s “Happy,” with it’s powerful melodic interchanges between guitar and flute, the latter from guest player Olli Tuomainen, flanked by interesting rhythms from Hjerppe. In all, this is a fun ride through Härkönen’s world of fine guitar instrumentals.