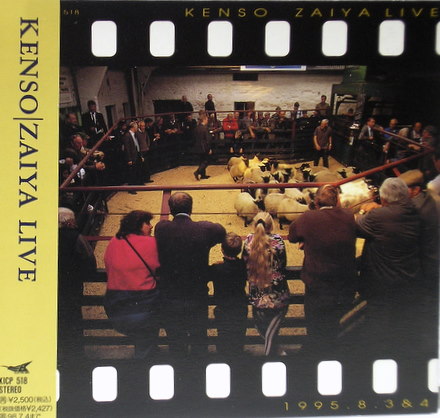 Kenso has been a fixture of the Japanese progressive rock scene since the 70s, and in the midst of numerous changes in style, they have always stayed true (more or less) to the high standards of instrumental prog-rock. This CD was recorded all in one night in August of 1995, and is a good, hot live recording. For those not familiar with this band, they play a keyboard-heavy, highly rhythmic brand of progressive rock, with strong fusion underpinnings. Their frequent Moog solos are often reminiscent of the Canterbury sound (or even Happy the Man), and the less frequent guitar leads recall the more fusion efforts of Carlos Santana. Track for track, this albums stands up to almost any live album you care to name. The band's consistency and energy are present throughout, making this album a good (long) one to listen to all the way through. I have only heard one other release from this band (forgot which one, but it was from the early 80s), and it too possessed many of the virtues of this fine performance. To keep up a comparable level of quality for 15+ years is an admirable feat, to say the least.