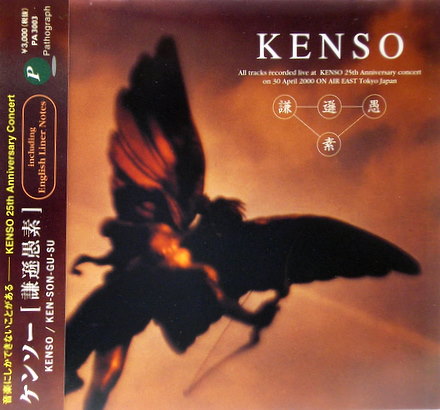 I always forget the count on Kenso live albums, but there was a period in the 90s where it seemed like they put one out a year. This one, however, is my very favorite of those, if perhaps because it coincided with their first US performance at Progfest, which to this day I'd still rate as one of the five best concerts I’ve ever attended. So in many ways this is sort of the keepsake of that experience, largely because the song order was pretty close. They cover most of their previous albums on this, back to the early 80s all the way through the most recent work, all of which were enhanced and improved by this point. I find it difficult to remember their titles, but on the second half of this CD there's a series of four or five songs that I used to love so much that for a period of time, I'd play the CD and just restart them over and over again.