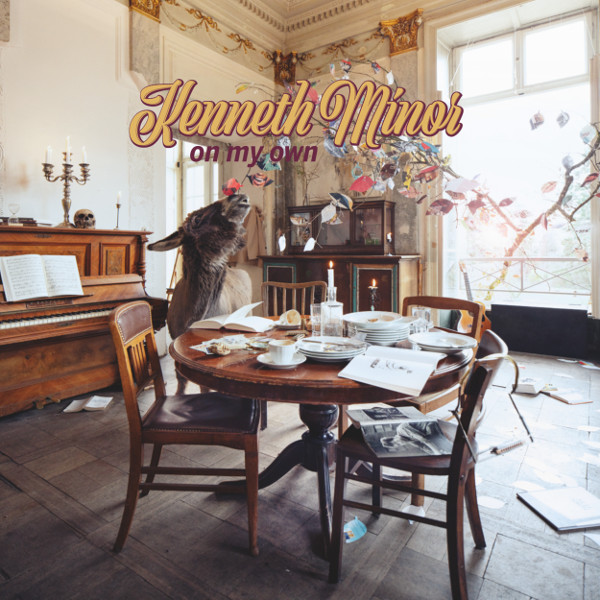 Never mind the fact that they’re from Germany — if you’re looking for some good old fashioned American folk-rock, Kenneth Minor has an album for you. Jörg "Bird" Christiani is the lead singer and songwriter of this band that’s firmly in the tradition of artists like Neil Young, Andrew Bird, Neko Case, and Jenny Lewis. With different production, some of the songs could pass for Country & Western, though the left-leaning green political views might be out of place there. Some of the tunes are based around acoustic guitar, both strummed and finger-picked, while others rock in a rootsy way with electrics. Christiani himself covers the guitar parts, some bass, and harmonica, along with all lead vocals. He’s backed by bassist Andreas Lüttke, drummer Florian Helleken, keyboardist Max Schneider, and singers Athena Isabella and Hannah Paularsen; personnel varies track by track. On My Own does feature some music that is actually Christiani on his own, including a cover of Neil Young’s “My My, Hey Hey (Out of the Blue).” Aside from a few instances where the lyrics are a little awkward in the way they address social issues, this is a fine set of songs that could be called “alt-country” or “folk-rock” or whatever you want, and you might never guess the musicians aren’t American.