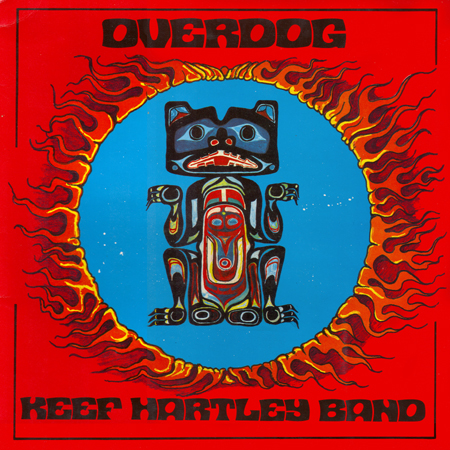 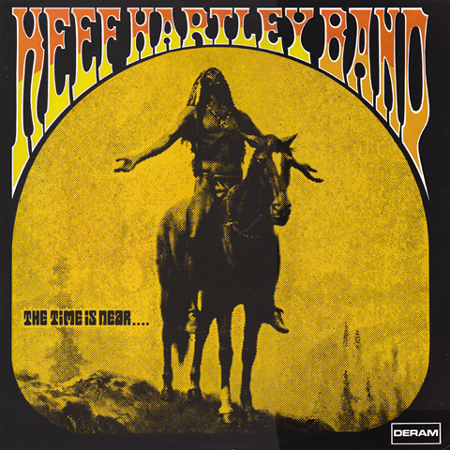 Upon his split from his high profile job with John Mayall, drummer Keef Hartley had his sights set on making his own group in the English blues rock boom. Both of these recordings are from 1970 with The Time Is Near being the slight better of the two, but both CD reissues present many well played and crafted songs. A gimmicky backward loop opens a confident track from guitarist Miller Anderson, “Morning Rain” that sports the adept brass section of Henry Lowther and Dave Caswell, who took over as the band fragmented. “From the Window” could be easily found on the first few Chicago records as Caswell’s trumpet playing adds the right accompaniment to Anderson’s soulful delivery. The band explored 60s grooves as heard on “Premonition” which Caswell wrote and the entire band shines in the solo spotlight (especially Anderson’s lead guitar and Lyle Jenkins tenor sax). The acoustic ballad, “Another Time, Another Change” is also a highpoint of the disc comparable to other singer/songwriters of the day.

Overdog also finds the band in good form with “You Can Choose” pushing a steady pace behind Hartley’s drumming with Gary Thain’s pulsing bass (Uriah Heep). “Plain Talkin’” is an up tempo groove that reminds me of the Doobie Brothers or Grand Funk and should have easily found a home on early 70s AM radio. Easily the best conceived piece is the “Theme Song” medley where Anderson’s sensitive ballad is backed by Johnny Almond’s low range flute that really works. “Roundabout” is represented in original and single mix format and you can see why the label chose this as a representative single. The track oozes gritty R&B seasoned with great organ and it captures a style later linked to Marshall Tucker in the US. One of the band leader’s own compositions is a true about face with Mick Weaver’s (Strawbs, Bee Gees) electric piano laying out a good set of chords for the late night jamming. Overall these two recordings together help establish a peak time in the blues boom where brass arrangements were a regular staple of modern song structure and popular radio hits.

A Song of Perpetual Satisfaction