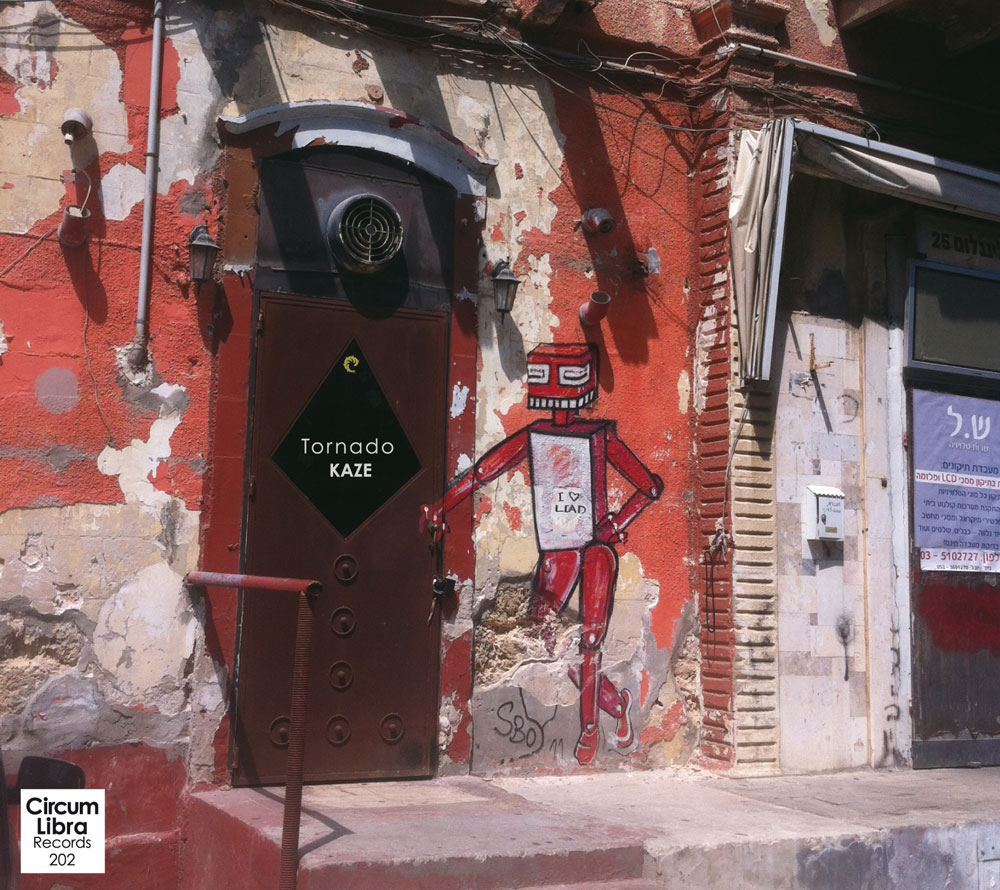 The melodically unusual, though soft introduction on the opening track “Wao” by two trumpets is punctuated by short doses of blistering squeals and flatulent blasts, but hardly prepares the listener for the free-wheeling all-out chaos that follows for the balance of the cut’s eight minute duration. On the second cut “Mecanique” we get some genuine repose, but the chaos begins in earnest again on the title track and continues as a predominant factor for the balance of the disc. All five pieces actually are composed, but with so much room for improvisation, one might easily forget that at times, but the continued appearance of powerful melodies and thoughtful catchy riffs throughout the disc confirms its strong compositional underpinnings. Kaze is an international jazz quartet, and Tornado is only their second release, the first being Rafale from two years ago. Trumpeter Natsuki Tamura and pianist Satoko Fujii should be familiar names to Exposé readers, while drummer Peter Orins and second trumpeter Christian Pruvost are also members of the French improvising collective Muzzix, based in Lille. This is one of those recordings that will have the listener covering their ears and running for the Excedrin the first couple spins due to the noisy, almost impenetrable cacophony that seems pervasive throughout, while the many moments of tasty emotional depth and lyrical beauty only begin to reveal themselves after several repeated listens and continued familiarity; eventually it all comes into balance, and patience is rewarded with revelation.

Jesca Hoop - Kismet & Hunting My Dress – I missed this extraordinary songwriter's debut back in 2007, but when I heard her second effort I immediately sought it out. Kismet is a stunning entry into what might be called the Eccentric...  (2011) » Read more