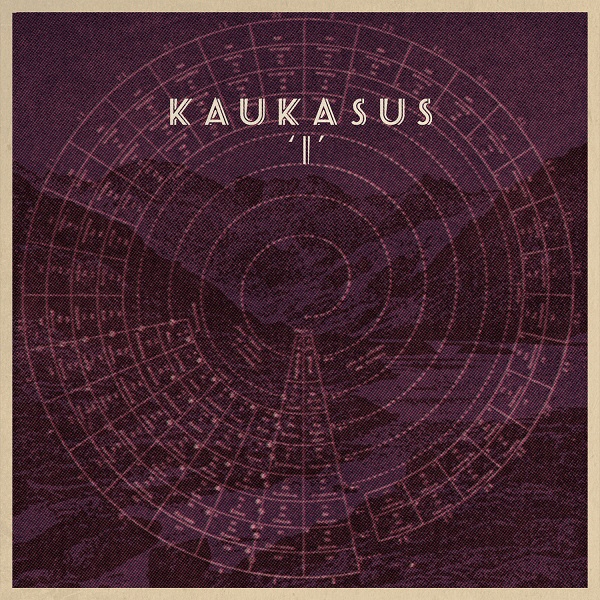 Kaukasus is a collaboration between three prominent figures in Scandinavian progressive rock: Ketil Vestrum Einarsen (Jaga Jazzist, Motorpsycho), Rhys Marsh (The Autumn Ghost, Opium Cartel), and Mattias Olsson (Änglagård, White Willow). Given that pedigree, you would be right to expect something special, and their debut album does not disappoint — unless your tastes are very picky or narrow. The modern prog sound you might expect (big guitars, atmospheric production touches, combination of vintage and modern keyboards) are there, but there's a lot more going on. It's with track 3 that things start going sideways. "In the Stillness of Time" starts out with a minimal electronic rhythm part accompanying sparse piano chords and Marsh's powerful singing, then builds into a great rock tune, dripping with Mellotron and fat synth sounds. After about four minutes, it drifts off into quiet ambiance, with distant twittering sounds and indistinct chords. This moves without break into "Starlit Motion," which brings up the synth part (possibly sequences on a VCS3) and introduces Einarsen's flute. We're moving off into some lovely space territory here, the power of the rock band left as a distant memory. "Reptilian" appropriately starts with a quiet section before building back to the rock intensity. It's like the best of Motorpsycho's psych-prog crossed with Änglagård's powerful symphonic prog. It's also a prime example of why the Mellotron has endured in spite of its flaky sound — there's just something about the way that messy string sound fills out an arrangement that can't be explained by nostalgia. You might not expect this trio's combination of symphonic prog and space rock to work, but they pull it off in a big way. This is a supergroup that is more than the sum of its parts, and one of the top progressive rock releases of 2014.