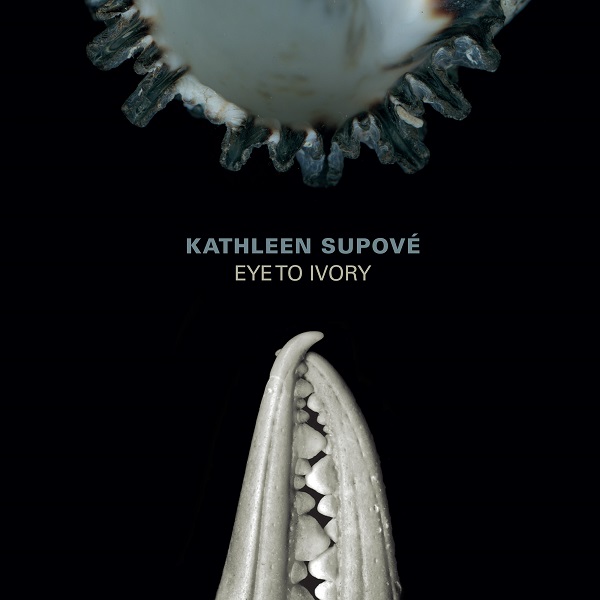 Prior to hearing the recording at hand, my only knowledge of pianist Kathleen Supové was her contributions to Doctor Nerve and the Sirius String Quartet’s Ereia, Michael Byron’s Awakening at the Inn of the Birds, where she played everything (synthesizers), and her duo with Eve Beglarian, Twisted Tutu’s Play Nice, released on the O.O. Discs label, all of these released between 2000 and 2003. So when this 2019 solo release was brought to my attention, I was naturally curious. In the interim she has released several solo albums, most where she is performing the compositions of others, and Eye to Ivory is the latest of these, the opening title track is a fifteen minute piece for solo piano composed by Mary Ellen Childs, and probably the most engaging piece presented here, working through numerous movements each with its own powerful vision and mood, Supové’s performance capturing every nuance of it. “Talk Back IV” follows, a piece composed by Guy Barash that navigates through some very difficult and perilous passages; each time I listen to it all I can do is amaze at what the score must look like, but once again, Supové makes it her own, one wild ride through the white water of a choppy rapid without capsizing. Nick Didkovsky’s “Rama Broom” arrives next, a twelve-plus minute piece for piano that starts slow and introspectively, and pleasantly enough, but about halfway through one starts hearing spoken words behind the playing that are repeated frequently but don’t make a lot of sense, and in my opinion annoyingly interfere with the sparse beauty of the piano, but your mileage may vary. The next nine short pieces (the longest just shy of two minutes, the shortest about thirty seconds) comprise “Privacy,” a piece composed by Randall Woolf, a composer that Supové has worked with previously; the piano vignettes are interesting, but there are loops of sampled laughing at various speeds and short barks and gasps throughout the nine movements; yes, it’s very avant-garde, but more accurately in one word: annoying. The final four pieces here comprise the Dafna Naphtali penned “Landmine,” around seventeen minutes in total length played on multiple tracks of Yamaha Disklavier along with some engaging electronic processing that add an additional dimension of sound weirdness, making this my second favorite extended piece here, second only to the opening title track. All taken, Eye to Ivory presents five extended pieces by different composers that together take the listener in a number of different directions.