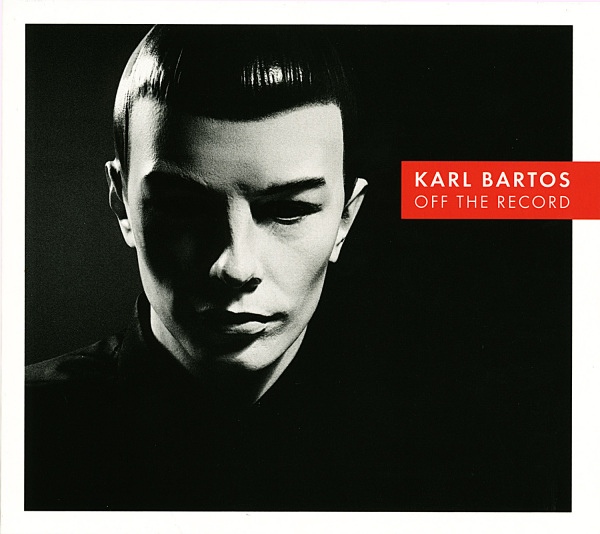 Karl Bartos was one quarter of Kraftwerk in their “classic” years of the late 70s/early 80s. He was a major contributor to The Man-Machine and Computer World. During those years Karl kept an audio diary of his thoughts, experiments, rhythms, riffs, hooks, sounds, chords and melodies. Shelved for many years, Karl dusted them off in 2011 and reconceived them in a post-Kraftwerk modern setting. It took him two years to rework these ideas and the result is the 12 brand new tracks on Off the Record. There are a number of Kraftwerkian elements like vocoders and electronic rhythms, but the result is a warmer and more approachable set of songs than Kraftwerk’s sterile and robotic music. The opening song, “Atomium,” adds warmth to Kraftwerk’s Radioactivity, while “Nachtfahrt” is a happier and more melodic travel music than Kraftwerk could achieve on “Autobahn.” Karl also dabbles in various electronic music genres on this disc. “Without a Trace of Emotion” recalls New Wave music ala Ultravox; “The Binary Code,” with its bubbling analog sequencers, reminded me of early Ralph Lundsten; “The Tuning of the World” with its nod to Cluster; the excellent “Instant Bayreuth” with its Michael Rother references; and John Cage’s “Silence” that in this case is a six second track of complete silence. Along the way there is also a rave number and break beats “Musica Ex Machina.” Overall, quite an interesting electronic release that presents a little bit of something for everyone.