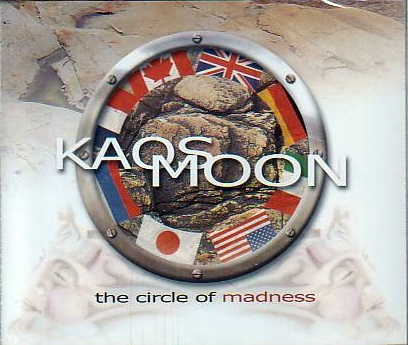 A full ten years after their debut, After the Storm, Quebec’s Kaos Moon is back. Some things have changed, namely the roster that now revolves around keyboardist / drummer / vocalist Bernard Ouellette, the only survivor of the previous lineup. Ouellete is also primary songwriter and even engineered the thing, so in essence this is almost a solo album featuring loads of guests (including two of his former band mates). Even if the band has been the victim of the passing of time, the years haven’t had much affect on their sound, leading me to believe that Ouellete was as much responsible for the first album as he is with this one. This is melodic prog influenced by Genesis, though I hear Ambrosia in there as well, especially with Ouellete’s voice, which bears more than a passing resemblance to David Pack. I’d almost call this “chick prog” — the kind you can actually dance to, and it will no doubt have its detractors. The arrangements encompass waltz-time ballads (“Say to Me,” “The Waves”) and tough rock (“Crawl” and the title track), though the band hits pay dirt with the Saga-flavored “The Wall of Silence” that includes guest strings and reveals Ouellete to be a keyboard player of substance and imagination. A number of songs take lyrical aim at America’s current political leadership and its foreign policy — effectively, I might add. These moments are actually more daring than anything happening here musically, which is a rare claim for a prog album.

Instrumental Music Can Be about Anything