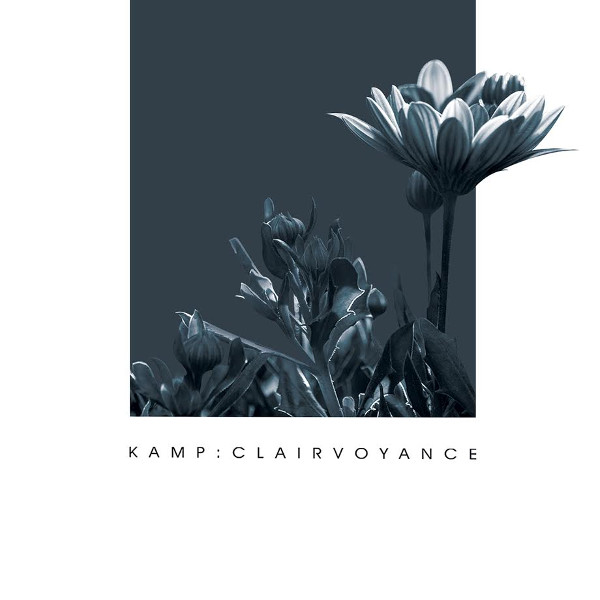 Greek singer John Kampouropoulos calls his band Kamp, which is handy for non-Greeks whose eyes glaze over at the sight of a name with that many letters. He has a very pleasant and engaging voice, and his music has elements drawn from a variety of influences, including grunge rock, atmospheric shoegaze, metal, and more, but not including progressive rock. But that’s OK — in some ways, Clairvoyance is like a collection of Porcupine Tree’s most accessible music, though less elaborately arranged. This is pretty much a guitar / bass / drums trio with Kampouropoulos as a dedicated vocalist, and while there are occasional extra guitar and percussion parts, you won’t find any keyboards, backing vocals, or other instruments to clutter things up. There's a vocal duet with Virginia Fragoulatzi on one track, but the lead vocals are the clear focus of the arrangements, with lyrics in English, sung with only a touch of an accent. Guitarist Nick Koutsopodiotis covers the main support well, whether it’s ringing chords with whammy-bar vibrato, arpeggiated chords, or crunchy riffs. There aren’t a lot of solos, and when he takes the lead it’s often got the melodic flavor of a surf-rock tune. Most importantly, the songs are well-written, with the right balance of consistency and variation, and melodies that highlight the strengths of Kampouropoulos’ voice. Several of the tracks are memorable, with my favorites being “Fool,” “Humans,” and the title track. Worth checking out for anyone who likes well-written rock tunes.