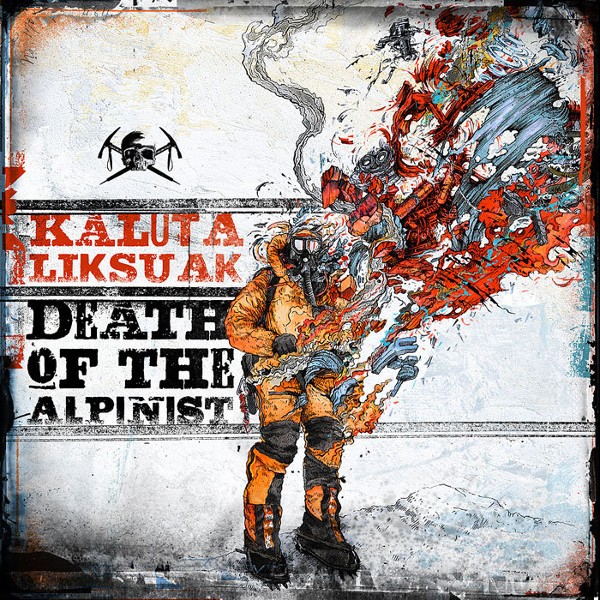 This Russian band’s name gives a clue about their musical interests. It is named, so they say, after a goddess from the mythology of Arctic peoples, a “malicious but dull-witted” entity. The band is neither malicious nor dull-witted, fortunately, with a variety of ethnic touches in their music, both from the Northlands and elsewhere. Death of the Alpinist consists of four tracks, two over 20 minutes and two under 10, and there’s a hefty dose of cosmic krautrock influence in them, though with other touches as well. The result is a heady and distinctive collection of moods and grooves that is quite enjoyable. Founding members Vladimir Konovkin (assorted keyboards) and Alexander Chuvakov (guitars, flutes, voice) provide the main thrust of the sound, and Chuvakov’s wooden flutes are one of the great touches that set this band apart from legions of space-rock groups. Certainly there are factors here that would appeal to fans of Ozric Tentacles and Hidria Spacefolk, though Kalutaliksuak tends towards less dense instrumentation, and the breaks for free-form floating are more prominent, featuring flutes and strange (but not abrasive) vocals. The band has worked with musicians from native Siberian (I think) cultures in the past; Death of the Alpinist features just the core quartet (Konovkin and Chuvakov along with bassist Alexei Ohontsev and drummer Sergei Titovetz) to produce its sounds. Keyboards include classic sounds like electric piano, organ, and synthesizers as well as more modern touches. Chuvakov’s guitar is consistently interesting, engaging in a wide variety of tones and textures and never sounding like any of the typical guitar icons. The rhythm section provides some good driving beats, but also backs off at times for varying moods. Bottom line is that even if you have difficulty pronouncing the name, Kalutaliksuak should provide some good listening.