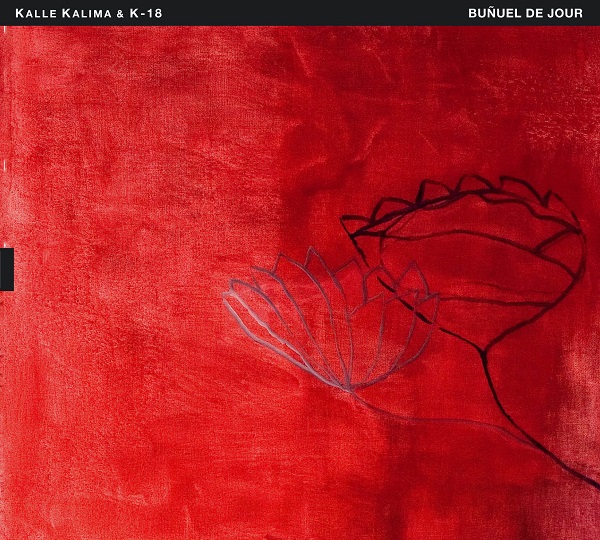 As inspirations for music go, the films of Luis Buñuel seem like a pretty good choice, full of evocative moods, striking imagery, and surreal touches. Fittingly, Kalima's music is abstract and evocative rather than representational, more homages to the films than anything like alternative soundtracks. Stylistically, we're in the territory of freewheeling jazz here, the kind that's straddling genres more than fitting in, played live but using electronic effects. The lineup is Kalima on electric guitar, Mikko Innanen on wind instruments (mostly alto sax), Veli Kujala on quarter-tone accordion, and Teppo Hauta-aho on double bass and percussion. The compositions are by Kalima with the exception of a couple of group improvisations, and they are often skeletal, consisting of a melody, a bass line, a few notes forming a brief motif, rarely what would be considered a fully worked-out work — here the performance and interaction is more important than a prescription for playing. Fans of the kind of jazz released by Cuneiform will feel right at home here. The combination of boundary-bashing guitar and accordion is very appealing — think of Raoul Björkenheim playing as a guest with the Claudia Quintet of a day when John Hollenbeck wasn't around. The lack of drums doesn't lead to a lack of energy or forward motion. Buñuel de Jour is certain to be one of my top jazz releases of the year.