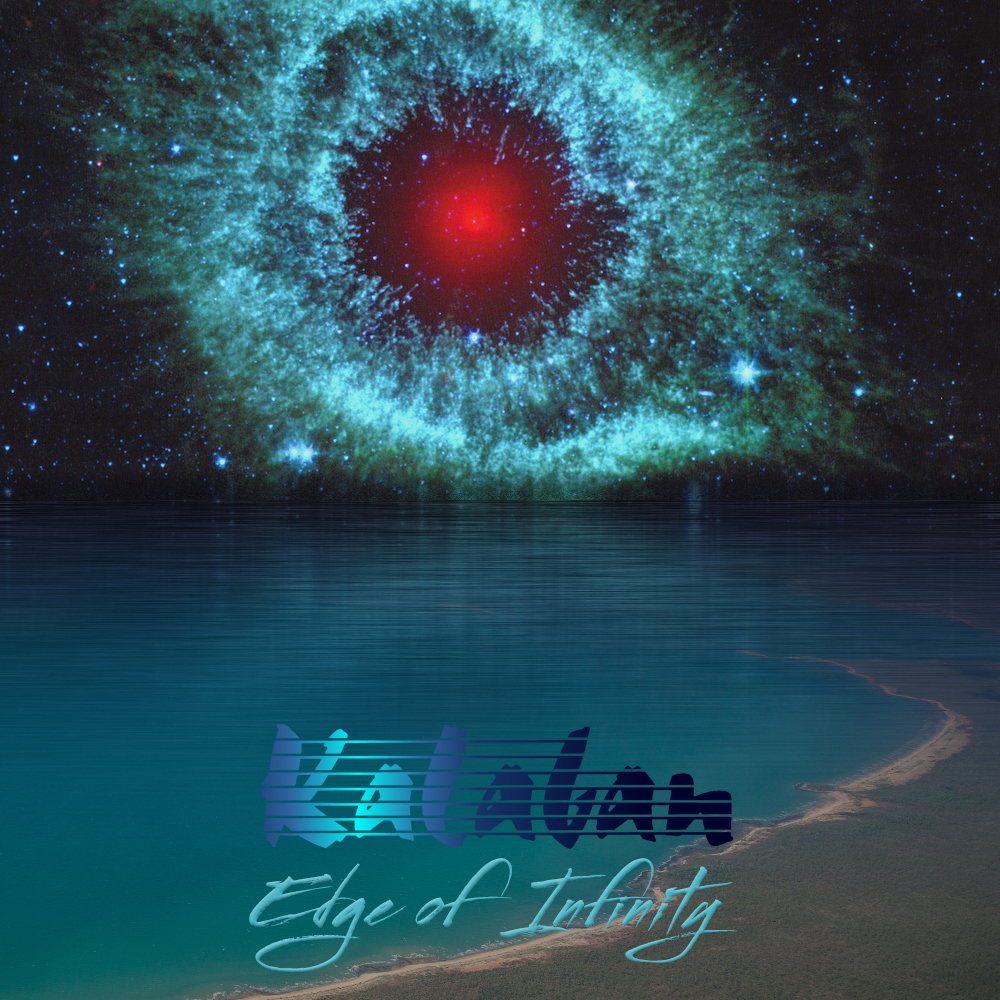 It’s been around 18 years since the last release by Kalaban, most listeners probably figured they were gone forever, so what we have at hand is truly a surprising comeback. Through a number of changes, the band today is multi-instrumentalist, singer, composer, lyricist and producer Randy Graves, and drummer Kyle Nish, with a couple of guests playing bass and woodwinds, track depending. For those who remember the Kalaban albums from the early 90s like Don’t Panic and Resistance Is Useless, the essential foundation of their sound remains intact: a powerful and aggressive guitar and keyboard driven progressive rock with a strong rhythmic foundation, lengthy multi-part compositions being the rule rather than the exception. Edge of Infinity features five cuts, from the two-and-a-half minute closing instrumental “Dusky Loch (Preview),” a beautiful guitar driven piece that will be expanded upon in some future release, to the sprawling “Opus Octopus,” a lengthy progressive rock tour-de-force that starts as an indictment of the banking industry and ends up as a general condemnation of consumerist society, with an intro and an outro, three verses each with a chorus of protesters, numerous instrumental sections connecting them, and even a Max Headroom styled TV commercial to lighten things up, all clocking in at a total of 31 minutes. The opener, “God Is an Avon Lady,” deals with possibilities and missed opportinities wrapped around nine minutes of paced Rush-like prog with an interesting steel-pan effected solo in the middle. From a lengthy spoken intro with interesting sound effects and layers of primordial rock grooves, we are introduced to “Berlin,” not the city in Germany, but the name of a girl. Again, there are only two verses and a chorus with numerous instrumental interludes, and eventually we arrive at an epilog that seems to ask more questions than it answers, then onward to another extended instrumental section that closes the piece. “Fields of Night” is essentially a dream put to words and music, sublime echoey guitars and vocals intertwine with a slow-paced rhythm, reminiscent of mid-70s Floyd. Throughout, there’s a lot to absorb here, both in the lyrics and the multi-layered arrangements that bond all the compositional ideas together; don’t expect everything to reveal itself on the first couple listens.