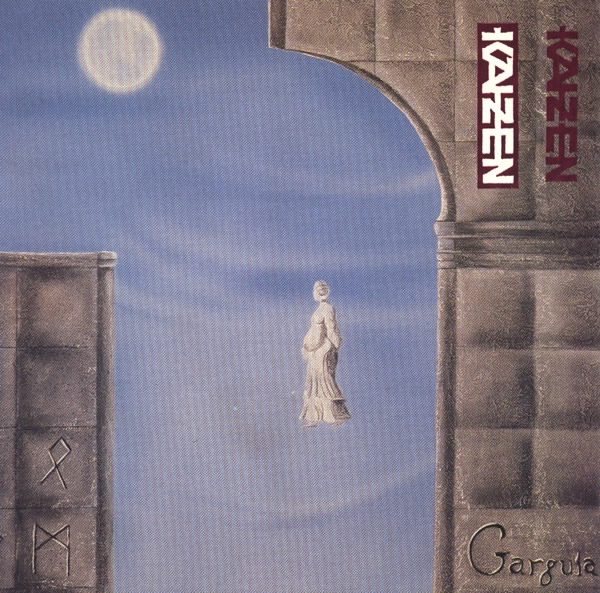 This was reviewed before, in issue #7. I'll admit to being not terribly impressed with this album upon first listen. But after several plays, the music got to me, and now I can't get enough of it. Violinist Kleber Vogel is the main writer, and it's obvious he comes from a classical background, as can be heard in the exuberant themes of pieces like "Noturno" or "Horda." A very special album.

Kleber Vogel, ex-Quaterna Requiem violin player, is all over with his expressive violin playing, be it acoustic, electric or MIDIfied. He wrote all compositions, except one he co-wrote with bass player Alvaro Seabra. The musicianship (keyboards, guitar, bass, and drums) is high, and contrary to the somewhat academic approach of Brazilian bands like Quaterna Requiem and Blezqi Satsaz, this is more of an emotional work. With its tragico-romantic themes, Gargula fits very well the progressive realm, being more a well-structured framework for the violin than a fusion adventure. Vogel literally leads the band, while an effective support and occasional solos are given by the rest of the guys (of note, the bass solo on the closing piece, "Kaizen"). Bringing additions to the sound palette, flute, oboe, bassoon and two cellos from the Brazilian Symphonic Orchestra are featured on some pieces. Of a sometimes classical inspiration at the structural level, Gargula never fails to surface the emotions first. Recommended firstly to violin amateurs, then to the symphonic prog crowd at large for its sheer evocation power.