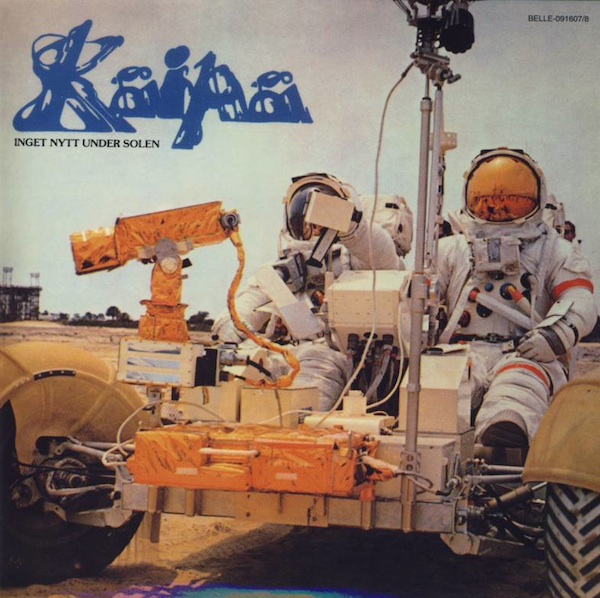 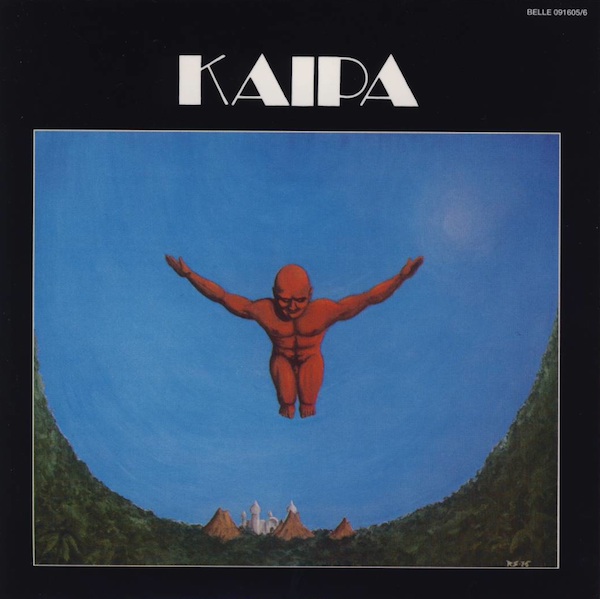 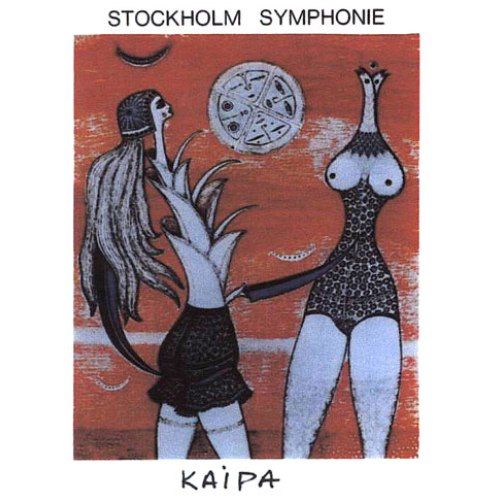 In their early years, the Swedish band Kaipa were a quartet playing music in the symphonic rock vein as typified by Yes or Genesis. Vocalist/Keyboardist Hans Ludin is nearly a dead ringer for a Swedish Jon Anderson, and this comparison may have affected the band's quest for international acclaim, being that their debut was released in 1975 and that progressive rock bands were not in vogue with the big labels by this time (regardless of the fact that they were on Decca in Sweden). Their debut is a fine album, showing Kaipa in their early stages. Guitarist Roine Stolt is an immediate standout and proves to be a unique element — his Allman Brothers/Santana influenced playing is a breath of fresh air for this type of music. All of the melodies, many taken from traditional Swedish folk, seem to be worked out and many are quite excellent and accessible. Not quite a classic (I tend to like a little more pyrotechnics) but a definite winner for the symphonic fan.

Inget... is a more mature work with a greater palate of keyboard sounds (including Mellotron). There is a side-long suite and drummer Ingemar Bergman adds some harsh vocals somewhere in the middle of it than can be off-putting to the uninitiated. The album is more mature than its predecessor, and the title cut that ends the album is a beauty and probably most indicative of their style, dreamy symphonic rock with simple yet very effective melodies and a great deal of emotion. Probably the best of their studio albums, this reissue includes several bonus tracks — a short live version of the side-long track (see below), and rather dull English vocal versions of the same mixes with a singer that reminds one of Gabriel or Lanzetti of PFM. Overall, an excellent purchase.

Stockholm Symphonie to say the least, has been a bitch to locate. A very limited Japanese pressing, this is a brilliant live radio show from between their first two albums, with most of the songs coming from their debut. Kaipa come across more effectively live (the bonus track on Inget... also is a good example of this) with a more insistent and intense delivery with greater room given to Stolt's excellent guitar work. Being that this may be impossible to find, it would be best to go for one of the first two, but believe me, Kaipa were a super live band and this may be my favorite of the three.

With the rejuvenation of the Swedish symphonic scene, this is an ideal time for the reissues of possibly one of their most influential bands. Recommended.

Here we have another CD in a long line of excellent Musea progressive rock reissues. Kaipa was a Swedish band that released their self-titled debut album in 1975. Kaipa, the album, by mid-seventies standards contains music full of youthful exuberance while finding its roots in both classical and Swedish folk music. Kaipa, the band, rivaled their Anglo-Saxon contemporaries Camel. Their dual lead guitars are reminiscent of Camel’s album Mirage. At other times Kaipa, the album, reminded me of efforts by other Scandinavian musicians such as Pluto and Pekka Pohjola. Kaipa, the album, grew on me. I found myself humming snatches of the songs hours later. Though singing in Swedish, Hans Lundin’s voice is a pleasure to experience. His rich falsetto does not have that annoying shrillness of Jon Anderson’s. The many Hammond organ riffs and the essentially instrumental songs beautifully combine classical music, popular folk melodies, and the best of English and Italian progressive rock. The outstanding track on the CD is the final song "Oceaner Föder Liv," a 9:29 extravaganza brimming with exquisite harpsichord solos, thunderstorms, weird voices, and gorgeous melodies. Though not the best progressive band or album of the seventies, Kaipa, the album, is an essential CD for the progressive rock fan. Musea should be applauded for bringing this long lost album to a new audience.