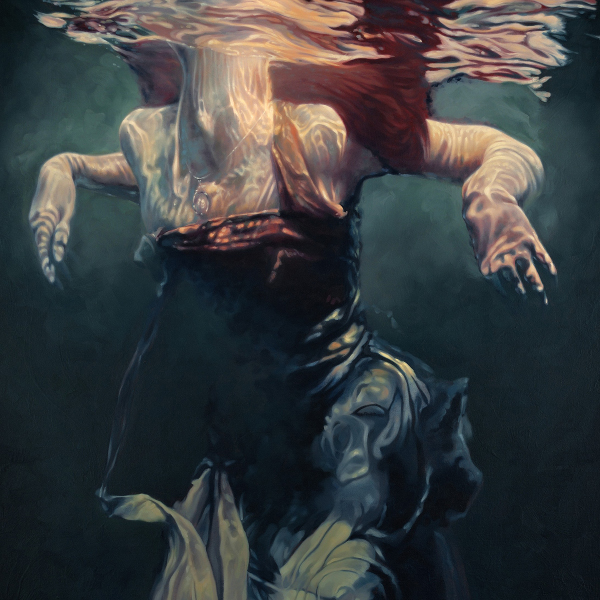 In the various streams of electronic music, Kai Reznik occupies a distinct area infused with elements of experimental and industrial music, but presented in a more-or-less song-oriented way. There is percussion, presumably programmed, but these tracks are not aimed at the pop market or the dance floor, presenting a dark, sinister vision of the world. Aside from vocals on a few tracks, the rest of the sounds are produced by synthesizers layered and processed into a dense blanket of sound, almost like Nine Inch Nails without guitars. A variety of strategies are used to build the tracks. Sometimes there is a chord progression with a bass line and a melody, sometimes there are interlocking sequences, sometimes it’s more drones and atmospheres. There are similarities to some of Brian Eno’s more upbeat electronic recordings. Five tracks feature guest vocalists: Sasha Andrès, M.A.D., Francesca Lago, and Nomik the Thrid — none of whom are familiar to me, but they all provide worthy contributions. Lago is especially effective on “Intimate Move.” Awkward Motions finishes off with what may be the highlight of the set, the dreamy “Equilibrium,” which starts with a quiet drone and barely-perceptible tinkling notes, then adds a sedate chord progression on cello-like sounds. The piece builds over the course of eight and a half minutes to a stately waltz on piano backed by throbbing bass and percussion. It’s a wonderful finish to an interesting and diverse album. Reznik may not be breaking any new ground, but he has a distinctive take on territory that others first explored, and Awkward Motions is an enjoyable listen.

Tom Heasley & Toss Panos - Passages – For those who admire purely timbral musics, Tom Heasley and Toss Panos have put together more than an hour of inventive, often original work based wholly on the tuba and percussion. Original because...  (2008) » Read more